Top Reasons Why You Should Go for Native Mobile App Development 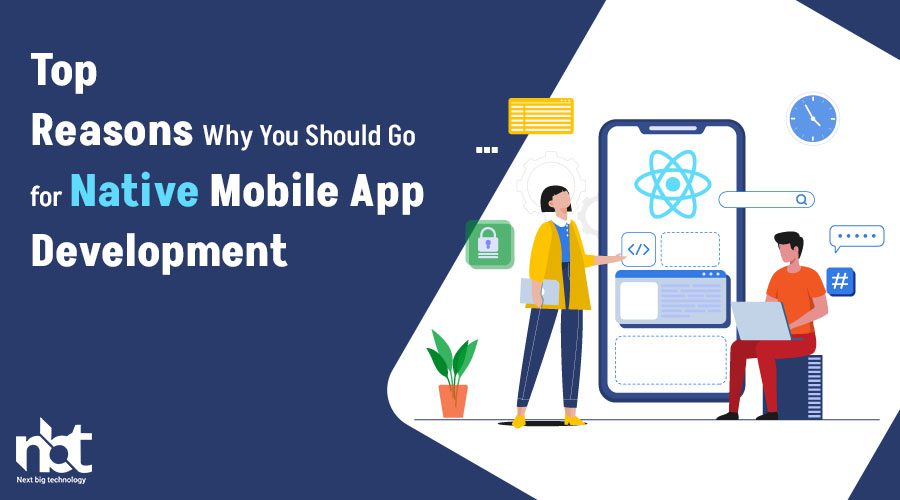 There are two main native mobile app development types: making apps for specific operating systems and getting them from their app stores. To make an app that only works on iOS, you need to know either Swift or Objective-C. They use the programming languages Java or Kotlin to make apps for the Android system.

Talking about making apps for phones and tablets is all the rage. Apps for iOS devices like iPhones and Android-powered smartphones and tablets with touchscreens can be made using Apple’s and Google’s respective sets of tools, interface elements, or even an entire SDK (Software Development Kit). However, it doesn’t have to be used only through your smartphone’s browser and instead gives you full access from anywhere as long as you have a Wi-Fi connection.

Native mobile app development can help a business in many ways. For example, it can make the app safer and load faster. Here are ten reasons why you should look into this option:

Why You Should Make a Native Mobile App

The maintenance of a native app is more complicated than a hybrid app because it always needs to be running the latest version. You don’t have to keep upgrading like other mobile shops do because users can see what new versions of this software have been released with just one tap on their phone, but this depends on how it’s handled.

Also read : What is the Cost to Develop a Hybrid vs. Native Mobile App?

HTML5 is no longer a top priority for many tech companies. Early adopters like Facebook and LinkedIn put a lot of money into it, but as more and more developers focus on native apps, they seem to be sorry they did.

A Show of Talent Without Trying

Native apps provide a better user experience with streamlined code and individual parts. Because they are written in the native language of their ecosystems, they load faster and have access to features and resources that the user’s default web browser or other platforms don’t have. When a native browser like Android WebView or UI Web View is used, hybrid apps can run much more slowly. Because they depend on each other, these hybrids are slower than natives.

Hybrid apps aren’t as safe and can be harder to build because they use both system browser plugins, which can cause problems in different OS versions and any third-party APIs. Still, developers can make their lives easier by making official platform libraries that have been thoroughly tested on multiple systems. This dramatically reduces security problems caused by bad coding practices or malware injection patterns into the app’s software.

Because of the time and effort that went into making them, native/cross-emulator software development kits (SDK) are safer than those that only work with one architecture. 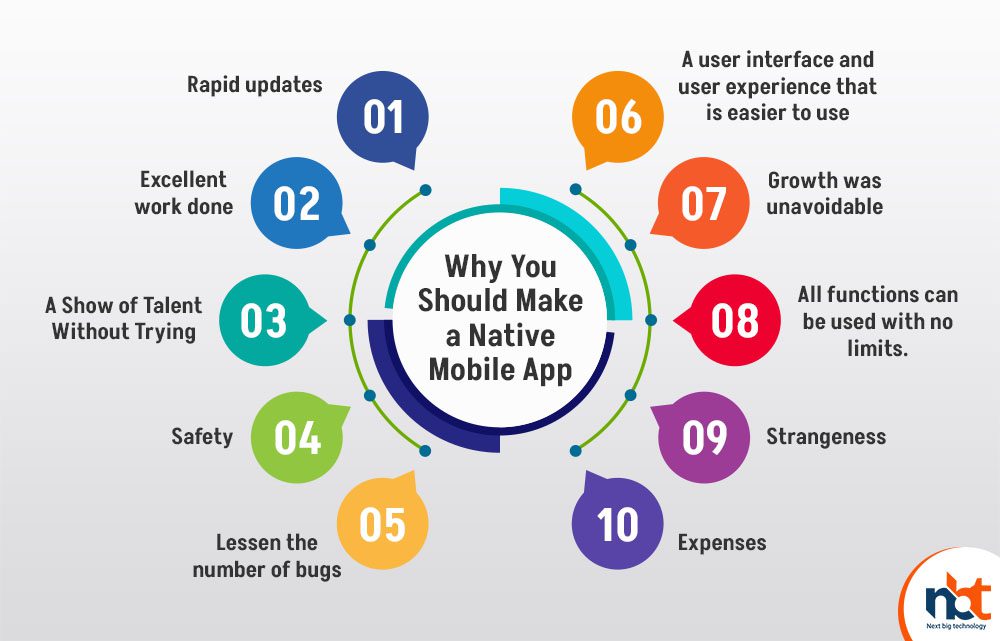 Lessen the number of bugs

It has been shown that using native app development dramatically cuts down on bugs in your code. In addition, since HTML5 programming interfaces ensure that devices with different OS versions can work together, developers don’t have to spend as much time fixing problems caused by cross-platform tools like Cordova and Xamarin.

A few problems with hybrid apps make the whole experience less suitable. When new versions of iOS or Android come out with features that hybrid bridges don’t support, like augmented reality and virtual reality apps, and during the long process of making the apps themselves, there are problems.

A user interface and user experience that is easier to use

Because they are well-thought-out and easy to use, native apps provide a better user experience. Users don’t have to get used to any particular user interface (UI) in these programmed because the UI is the same everywhere. Moreover, unlike other cross-platform user interfaces, the navigation features of your app will work as expected on this platform, making it easy for users to move around.

Native apps load quickly and are easy to use because they are made to work on a single platform. So even if you have two native apps that run on different versions of iOS or Android, every new feature can still work perfectly in both.

All functions can be used with no limits.

Native apps use all of the features of the OS and software on each platform. In addition, your app will run faster on these devices because they don’t have to jump through as many hoops to access hardware like microphones or cameras as web-based apps do.

Android and iOS are the two operating systems for smartphones that people use the most. Because they are reliable, users and developers of apps for these platforms can easily keep up with any changes or updates to the operating systems they are based on without worrying that their apps will stop working.

Separate groups in the modern era have mostly made cross-platform frameworks. If the third-party developers helping with these projects can’t make money from them, they may cut back or stop supporting them.

Also read : How Much Does It Cost to Develop a Native Mobile App?

You might think that making a native app costs more than a hybrid app, and spending your marketing money on something else would be wiser. This isn’t usually the case, though, because developers who want to finish projects on time and without bugs care more about the quality of the work.

Prices are higher for the first type of app. Hybrid apps are easier to make, but don’t make money until someone downloads them from your website. This means you can’t be sure you’ll get anything back after spending hours or days making them. This differs from native apps, which give users a great experience and, depending on the type, can be paid for overtime as they are built or not at all.

You should only use a native mobile app on a specific platform to get the best experience possible. However, if the app does well in the long run, the extra cost may be worth it compared to Hybrid or Cross-Platform apps.

Thanks for reading our post “Top Reasons Why You Should Go for Native Mobile App Development”, please connect with us for any further inquiry. We are Next Big Technology, a leading web & Mobile Application Development Company. We build high-quality applications to full fill all your business needs