How Long Does It Take to Develop an application? 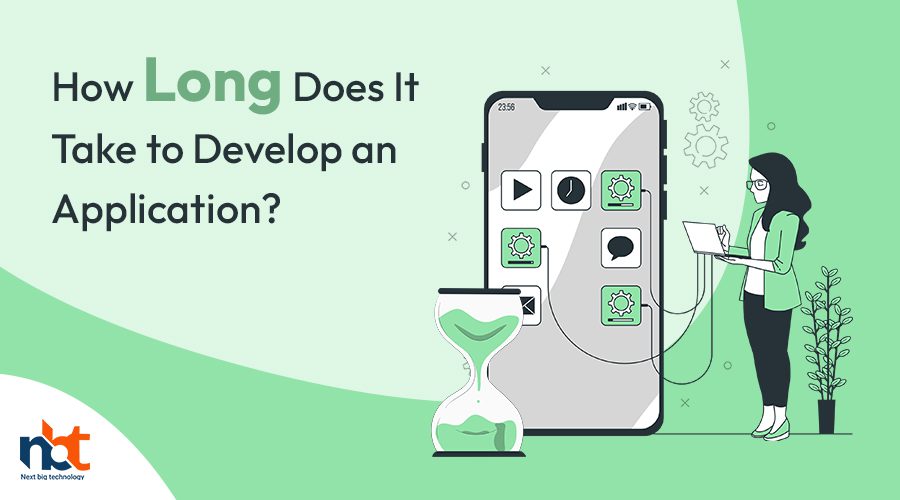 Think about this: the Google Play Store has more than 2.8 million apps, while the Apple App Store only has about 2.2 million. So it’s not surprising that the number will double or even triple in the next few years.

With so many options, it’s not surprising that the mobile app industry is expected to bring in $200 billion by 2021.

Why wouldn’t you? Because of this, most people now use mobile apps as their first choice. They are better than any other way to get around, have fun, talk about business, etc. These apps are not only the best resource but also an important link in the communication chain between brands and their customers. They can also be a good way for new businesses to make money.

So, investing in an app development project is the best thing to do. However, if you’re an entrepreneur or new to the app development business, knowing what it takes to design an app from the ground up is like being asked questions right out of the textbook.

Even if you think that learning how to make apps from the start will help you, keep in mind that your competitor is getting ready to hit the market with a mobile app that is just as good as yours.

Before moving forward, it’s important to understand that the amount of time it takes to make an app directly affects how much it will cost. Changes will also be made to how apps can be paid for.

When thinking about how long it takes to build an app, remember that millions are too complicated, hard to use, made by people without enough experience, or don’t work.

Also read : How Long Does It Take to Develop a Mobile App?

Some apps took a few weeks to a few months to build, while others were so boring that we stopped working on them. People use these simple programs daily because they improve their lives, are easy to use, look nice, run quickly, etc. These apps haven’t crashed or had any other problems. These apps are the best examples of what it means to have a great app.

How long does making an app take? Here is where you can find the answer. The second group of apps takes a very long time to make. It’s hard to make an app that can compete with Facebook, Uber, Snapchat, Google Maps, Tinder, or any other top game.

When making software that figures out time, there are many things to consider. It includes planning, research, design, development, deployment, testing, maintenance, and support after launch.

So, what is a typical plan for making a mobile app?

How to Make a Mobile App: The First Steps

To answer the question of how long it takes to make an app, you need to understand all the parts that go into it.

When making an app, there are several steps to think about, and each one takes an amount of work. All the steps in making an app are linked and require equal participation.

There is a close connection between all the steps in making an app. Even a small change in the middle of making an app could slow down and complicate the process. Since these changes involve reorganizing the built code base, they could affect how well the app works.

Third, ways to speed up the app-making process.

There are millions of apps out there, so if you don’t want to lose users, make sure yours is out there as soon as possible. No business can afford to fall behind, no matter how old.

We now know more about the basics of mobile apps, the stages of app development, and the things that can slow down the creation of an app. Let’s talk about how to speed up the whole app development process, which is something we at Appventurez do with every project.

How much does it cost to make an app?

Thanks for reading our post “How Long Does It Take to Develop an application?”, please connect with us for any further inquiry. We are Next Big Technology, a leading web & Mobile Application Development Company. We build high-quality applications to full fill all your business needs.