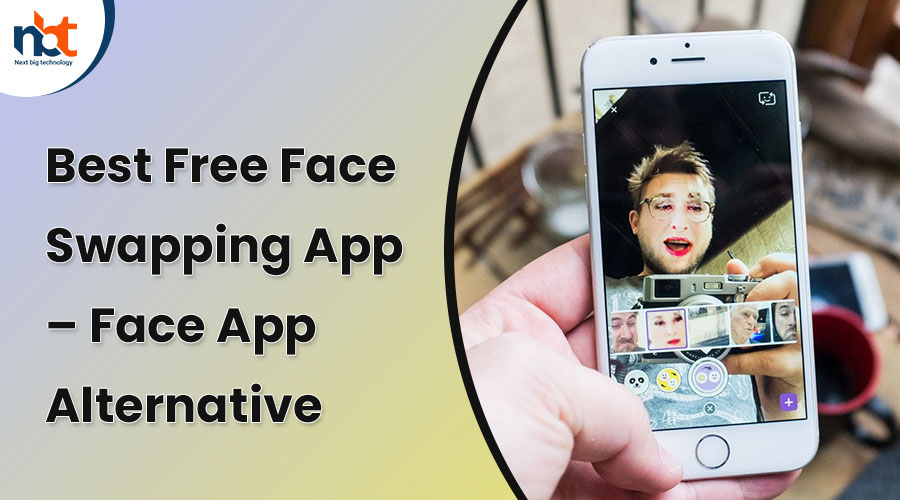 Individuals are publishing photos of themselves now and in the future, edited with photo editing apps such as the face swap app, in a current craze that is sweeping the internet.

Essentially, the face app is an artificial intelligence-powered photo and video modification and editing programme that was developed by Wireless Lab, a Russian startup. The excellent programme is well-known for its ability to produce incredibly realistic makeovers of human faces with the use of a neural network.

In a short period of time, the software has established itself as a popular photo editing tool, allowing users to alter their appearance in photographs, making them appear younger or older. In addition, people can experiment with different traits such as tattoos, haircuts, beards, and even gender switching to see what they prefer best. That seems interesting, doesn’t it?

There are several other apps that allow users to experiment with various filters and features, in addition to the face app. We may also make face swipe films and images with the help of this tool. Face App Alternative – Best Free Face Swapping App

Reface is a popular face-changing app that is a great alternative to the more traditional face-changing apps. The programme, which is used by millions of people all around the world, allows you to instantly swap your face with that of a celebrity in seconds.

Aside from online face swapping, the programme also provides gender-swapping options. Users can produce GIFs and face swap films that are extremely realistic in appearance. In other words, the software allows users to overlay their own images on top of popular music videos, movie scenes, GIFs, and pretty much any other type of visual media available.

This is yet another fantastic alternative to the face app that comes with a slew of intriguing features to enjoy. In a similar way to the face app, this application makes ageing images in a matter of seconds. PiVi & Co. has developed a tool that allows users to change their images and make them appear older.

The most impressive feature of AgingBooth is that it makes ageing photographs that are quite realistic in appearance. There are no odd blemishes or superficial stickers on the face to draw attention to them. Furthermore, features such as auto-cropping via face identification, saving to a picture gallery and viewing before and after views just by shaking the smartphone, among others, further enhance the user experience.

Finally, the app allows users to publish their findings across various social networking platforms, such as Facebook and Twitter, within the application.

In a similar way as FaceApp, this Chinese-based application operates in a similar manner. The picture editing app has a stylish interface with a straightforward UI/UX design and a diverse selection of filters to choose from.

Users may simply adjust their bodily characteristics, such as enlarging their eyes or elongating their nose, by using the software, in order to have an instant beautifying effect on their appearance. The programme makes use of Artificial Intelligence to detect face traits and to embellish the photographs with visually appealing stickers.

Also available is the ability for users to build picture collages and scenarios, which they can then share on social media platforms.

Oldify is one of the greatest programmes available for creating realistic-looking old age facial effects. It also includes a plethora of other filters, as well as an intuitive user interface. The app also includes an animation feature that allows users to record films while they yawn or cough like an elderly man, which they can then upload to YouTube.

Cut and paste faces into images is possible with Cupace, a photo editing application. Using this capability, the software may assist in the creation of hilarious expressions, memes, and even the swapping of faces in a photograph. The users can chop a face out of a photograph and even paste it onto a non-living item using the software.

Space provides a wide variety of emojis, stickers, and text alternatives for use. Users can cut pictures with extreme precision thanks to the magnifying glass feature included in the package. Once a face has been chopped, it is preserved in the Face Gallery of the app. The user can select it over and over again and use it to make a variety of photos and memes as he like.

Also Read : Everything You Need to Know About the Cost of Developing a Reface Clone App!

Additional options include replacing faces with those of celebrities and other well-known figures. They can quickly and easily switch their faces in images to appear as their favourite star in a matter of seconds.

The Face Swap feature may be found quickly and easily by typing the word “face swap” in the search bar. Users will need to bring in a second person once the filter has been enabled, and the outcome will be determined by the second person’s participation. Users can even shoot a film by switching their faces and then send it to their friends and family members for their enjoyment.

Without a doubt, there are a variety of alternatives to the face app. The majority of the photo and video editing programmes listed above make use of artificial intelligence to produce outcomes that are extremely exact and accurate. As a result, individuals of all ages are becoming increasingly interested in them.

If you want to construct your own face swap and editing app and want to know how much it will cost to design an app, you should get started right now. For example, you can get in touch with a reputable mobile app development business that specialises and has extensive experience in developing photo and video editing apps such as face swap video and face replace photo apps. These apps provide a great deal of entertainment value, and they can even assist users in engaging their social media followers with such posts. They will present you with some innovative ideas that will enable you to get the attention of your target audience.

Thanks for reading our post “Face App Alternative – Best Free Face Swapping App”, please connect with us for any further inquiry. We are Next Big Technology, a leading web & Mobile Application Development Company. We build high-quality applications to full fill all your business needs.