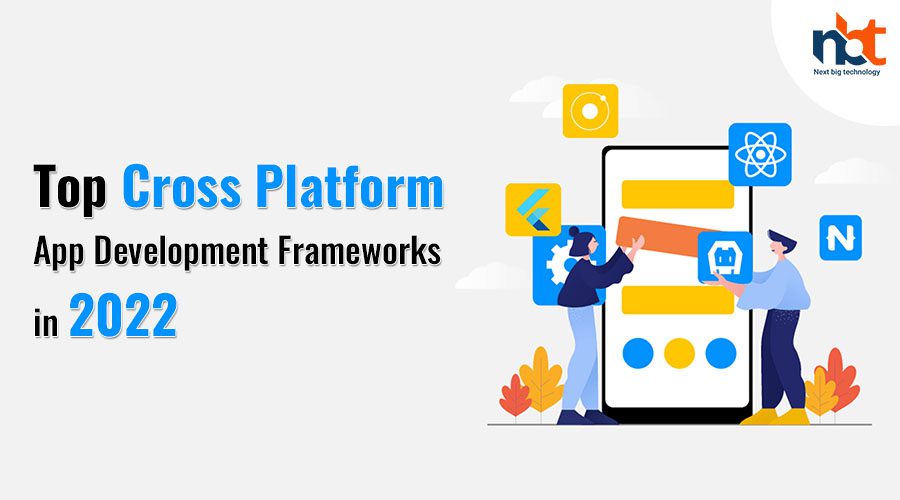 In today’s fast-paced, fiercely competitive digital world, app developers are always looking for tools and frameworks that will help them speed up their work and save money.

To meet this need, many cross-platform app development frameworks have been made; by 2022, there will be too many of them to count. If you look at Google trends data from 2010 onward, it’s easy to see that the number of searches has steadily increased.

Facebook released React Native in 2015 to help people make mobile apps. Apps for these platforms and the Web are made with JavaScript and the React.js library.

React, a Facebook toolkit for building web apps in JavaScript is the foundation of React Native, which is in charge of making user interfaces for native platforms. Because of how it works with APIs, React Native is perfect for making cross-platform apps with less code. But there are times when complex projects need native code to fill in any gaps in functionality.

In the Stack Overflow Developer Survey Results 2019, React Native was added to the list of frameworks developers are afraid of for the first time.

In 2017, Google released Flutter, a free and open-source cross-platform framework. In addition, Dart is a programming language that can make apps for multiple platforms, like Android, iOS, Mac, Windows, Linux, and the Web, while still using the same set of files.

The cross-platform community likes Flutter because it is a flexible SDK for making mobile apps. The Stack Overflow Developer Survey for 2020 found that Flutter is the third most popular framework.

Since both the Flutter framework and the Dart language are new, they are still being improved and are not yet completely reliable.

Xamarin is a free, open-source framework for making apps that work on multiple platforms, such as Android, iOS, macOS, and Windows. It was first released in 2011, and Microsoft bought it in 2016. (UWP).

With Xamarin, developers can expect fewer problems at run time because it does an excellent job of checking compile time. Also, Xamarin’s native-like interface and controls make it easy to make an app that looks and works just like it was made for the platform.

With the help of Xamarin, Microsoft’s IDE for the.NET Framework, Visual Studio, can be used to make apps for Android, iOS, and Windows mobile platforms.

Codename One is the best open-source Write Once Run Anywhere (WORA) framework for building native apps in Java or Kotlin for iOS, Android, Desktop, and the Web. It was made in 2012 by the people who started the LWUIT project.

The first work on Codename One was done at Sun Microsystems. Now, these programmers who used to work at Sun have released a new product with the same name.

Its main selling point is that it gives developers complete access to the native platform. They can write native code in Java or Kotlin and use all of the features that the native mobile platform has to offer.

The open-source Ionic framework was first released in 2013. It lets developers build hybrid mobile, desktop, and Progressive Web Apps using web technologies like HTML, CSS, and JavaScript and integrations with other frameworks like Angular, React, and Vue.

The Ionic framework is mainly built on Cordova and uses a SaaS user interface. It uses the built-in features of the operating system, such as the camera, GPS, flash, etc., by using Cordova and Capacitor plugins.

Ionic Studio is an integrated development environment (IDE) that was made to work with Ionic. Ionic has tools such as code deploys, automated builds, lazy loading, the Ionic command line interface, etc.

Appcelerator Titanium came out in 2008 and is a free, open-source framework for making native apps for iOS, Android, and Windows using JavaScript.

Titanium SDK’s most essential features are:

Appcelerator already has connections to popular databases like Salesforce, Microsoft Azure, Microsoft SQL, MongoDB, and Box. ArrowDB, a schema-less database, is also included, which makes it easy for developers to deploy data models with little work.

In 2016, Axway bought Appcelerator and its cross-platform application framework, Titanium, which is free and open source.

Native Script, which came out for the first time in 2015, is an open-source framework for making native apps for Android and iOS without using any third-party libraries.

Native Script lets you access native Android and iOS APIs and show UI that is native to each platform. Even though Native Script programs are written in web languages, they work on the native device without Web Views or DOM manipulation.

Apache Cordova, which used to be called PhoneGap, is a free and open-source framework for making hybrid web apps that run on Android, iOS, and Windows.

Developers can make mobile apps with Apache Cordova, a copy of the PhoneGap project that Adobe bought in 2011. Adobe no longer helped PhoneGap after 2020.

Cordova apps are hybrids because they use both native and Web development techniques. Cordova lets HTML, CSS, and JavaScript be wrapped, depending on the device’s platform.

Qt is a C++ toolkit for making cross-platform graphical user interfaces and applications. It came out for the first time in 1995. There are Android, iOS, Windows, macOS, Linux, and embedded systems among these platforms.

Qt is a framework for making applications and graphical user interfaces (GUIs) that can run on multiple operating systems. With the help of an extension, Visual Studio, GCC, and PHP compilers can all work with Qt.

RubyMotion was released for the first time in 2012. It is a hybrid open-source/closed-source framework for making native apps run the same way on Android, iOS, and macOS.

Ruby is a programming language that is often used to make websites. But now, developers don’t have to stop using Ruby just because they want to make mobile apps. They can use RubyMotion instead.

RubyMotion is built on top of MacRuby, an older version of Ruby that Apple made and still supports. RubyMotion has enabled MacRuby to run on systems other than macOS.

Compared to native development, cross-platform app development is the clear winner because of its many benefits, such as the ability to reuse code, save money, make maintenance easy, and quickly get apps out the door.

Cross-platform development makes it easier to understand, write, keep up, debug, reuse, and scale code that runs on multiple platforms.

Thanks for reading our post “Top Cross Platform App Development Frameworks in 2022”, please connect with us for any further inquiry. We are Next Big Technology, a leading web & Mobile Application Development Company. We build high-quality applications to full fill all your business needs