Task And Back Stack

TASK: — A Task is a stack of activity i.e. a Task is a group of activities arranged in a Stack.
Back Stack: — Order of Activities in which they are opened reside in a stack called Back stack. 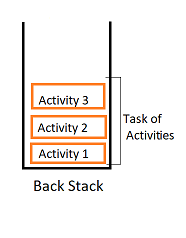 There are four types of launch Modes in Android: 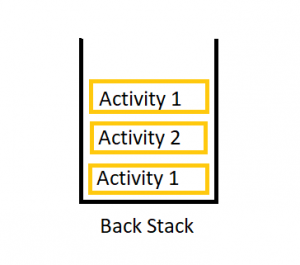 Single Task can be with Affinity and Without Affinity

Stack A which is named like the package name

Stack B which is named as com.some.task.affinity 2 task

Activity B is declared as “single-task”

Step 1:  Activity B is launched so open in another stack 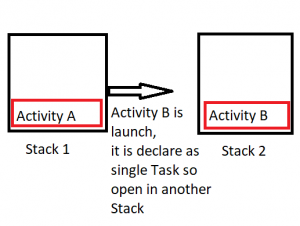 Step 2: Activity C is launch, it will share the affinity of root activity so it will open in stack 2 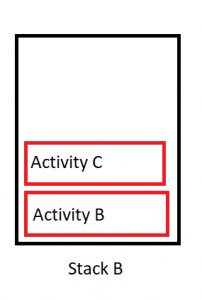 Step 3: Activity D is launch, it will share the affinity of root activity so it will open in stack 2 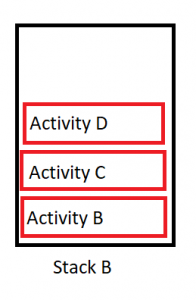 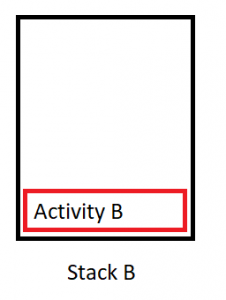 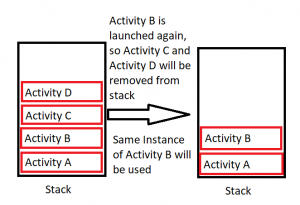 In the given fig,

Activity B is declared as a single Instance as launch mode so it automatically opens in another stack(Stack B) and all activity launched before and after activity 1, opens in the same stack(Stack A). 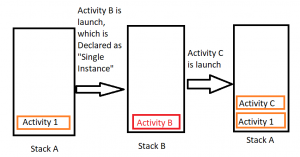