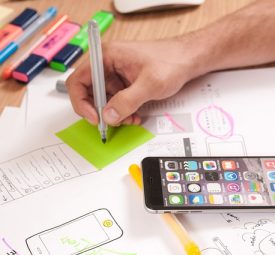 Ionic is a complete open-source SDK for hybrid mobile app development. The original version was released in 2013 and built on top of AngularJS. However, The current release was re-built as a set of Web Components, allowing the user to choose any user interface framework, like Angular, React or Vue.js. It also allows the use of Ionic components with... Read More