Which Language Is Best For iOS App Development? 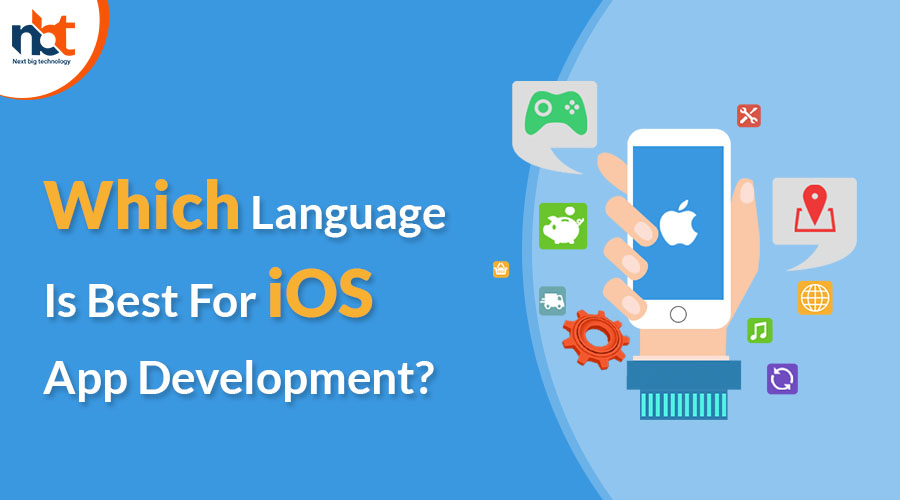 Two things could happen if I shouted “iOS or Android” in the middle of a crowd:

This isn’t to argue that iOS is superior (don’t get into a fight!).

In reality, Apple has a reputation for being overly stringent when it comes to app approval. Its strict regulations demand that all apps be of the highest quality before being accepted into the App Store. And here’s the intriguing part: because of the OS’s ubiquity and higher earning potential, developers continue to prefer producing iOS apps.

According to StatCounter data, iOS devices account for 27% of all mobile devices connected to the internet. According to figures released by Apple earlier this year, the Appstore has over 2.22 million iOS apps.

As of the first quarter of 2021, the above graphic depicts the overall number of apps accessible in major app shops.

However, iOS app developers must maintain the quality barrier set for iOS apps in order to go through Apple’s frightening approval requirements. Selecting the appropriate coding language for apps can make this a breeze.

And there are a plethora of aspects to consider, like the best talent pool, ease of learning and development, cross-platform support, scalability, development cost, and so on.

Let’s have a peek at our programming language possibilities.

Regardless of how new you are to the world of iOS app development, there’s a good chance that Swift will be your answer to the question we’re answering. It is one of the most popular programming languages for creating iOS apps in the future.

Swift, which was released in 2014, has grown in popularity as one of the most popular coding apps for iPhone programming languages. Swift was recognized as the 11th most popular language in the Tiobe index for 2020, with nearly three times as many votes as the year before.

Swift is a general-purpose programming language that is used to create high-quality native iOS apps. It’s made to work with frameworks such as Cocoa Touch and Cocoa.

This coding language’s most major drawback is its small user base.

Swift is your best pick if you want to do speedy app development and scale the app swiftly. It works as a language app for iPhone, iPad, Apple Watch, Apple TV, and Mac.

In terms of readability, coding, execution time, code maintenance, and so on, there has always been a comparison between Objective C and Swift.

However, it has a number of drawbacks that make it obsolete as an iOS programming language by 2021.

It’s difficult to learn because it’s not an open-source language. Its popularity is also hampered by security vulnerabilities, limited functionality, and a lack of updates.

On the other hand, it is frequently seen as a mature and stable language.

Only use Objective-C as an iOS programming language if you need to create or update apps for iOS versions that Swift doesn’t support.

Flutter is a popular app scripting language introduced by Google in 2015. It’s an open-source development kit that can be used to make programs for iOS, Android, Mac, Linux, Windows, and Google Fuchsia, among other platforms.

Flutter allows developers to construct aesthetically pleasing and intuitive cross-platform apps, which is why both Android and iOS developers are interested in it.  Some of them include that it is very cost and time-efficient, that it allows full customization, that it has widgets, and that it is an open-source language; nonetheless, it still has a small and youthful talent pool.

Flutter is the most popular cross-platform app development language, thus it’s preferable to utilize it to design an iOS app as well as Android, desktop, and Web versions. Because you can utilize the iOS app programming language to generate app versions for all compatible OS’ and platforms using a single codebase, it can save you a lot of time.

Furthermore, according to a StackOverflow survey, C# is regarded as one of the most flexible coding languages in the world, ranking fifth in the Tiobe August 2021 index.

C# is an open-source language that makes iOS mobile app development for intermediate to advanced level developers relatively easier. It also has a large talent pool, facilitates cross-platform app development, has a large library, and is more cost-effective and easier to integrate than other coding languages. It does, however, have certain drawbacks, such as a bad platform GUI and the fact that it is tough to master for beginners.

It’s best when you have a team of skilled C# developers and you want to create iOS apps for Android, Windows, and Web API.

App developers utilized it in conjunction with JavaScript and CSS as an iOS app development language. HTML5 is used by over 88.5 percent of all websites, according to W3techs.

Hybrid apps, while not as popular as native apps, nonetheless offer excellent browser control and employ a combination of HTML5 and CSS to render content.

Multiplatform compatibility, outstanding cost-effectiveness, consistency across multiple browsers, offline surfing, and even a decent page ranking are among its benefits. There are a few drawbacks, such as the fact that it only works for hybrid app development, has limited functionality, and can cause design responsiveness issues.

When you don’t want to spend a lot of time and money developing an iOS app but yet want a simple design that can be used offline, this is the best option. However, it may not be the best option for high-quality and effective iPhone apps.

Swift emerges as the best programming language for iOS in 2021, taking into account all variables.

Why is Swift so popular?

As we discussed before in this post, iOS consumers have a higher level of loyalty than Android users, and Swift is one coding language that precisely fits the bill for producing a loyalty-worthy app.

Swift is chosen by businesses because of its intuitiveness and conscience in producing native apps, which are two of the most important positive points in its favor. Swift was also created with the goal of being speedier than the last accessible language, Objective-C. Even in terms of security, it is one of the better choices. The truth is that Swift’s only disadvantage, for now, is the comparatively tiny talent pool it has compared to earlier coding languages.

According to a StackOverflow poll, a variety of iOS languages can be ranked higher than Swift due to their extensive set of benefits. That, however, is dependent on your priorities. HTML5 might be used for a speedy hybrid software, while C# could be used for a multi-platform development that incorporates Microsoft.

Swift, on the other hand, is the clear winner when it comes to Apple and Apple goods. As a result, if you require any assistance with your iPhone app development services, please select an iPhone application development firm such as Next Big Technology to assist you with your project.