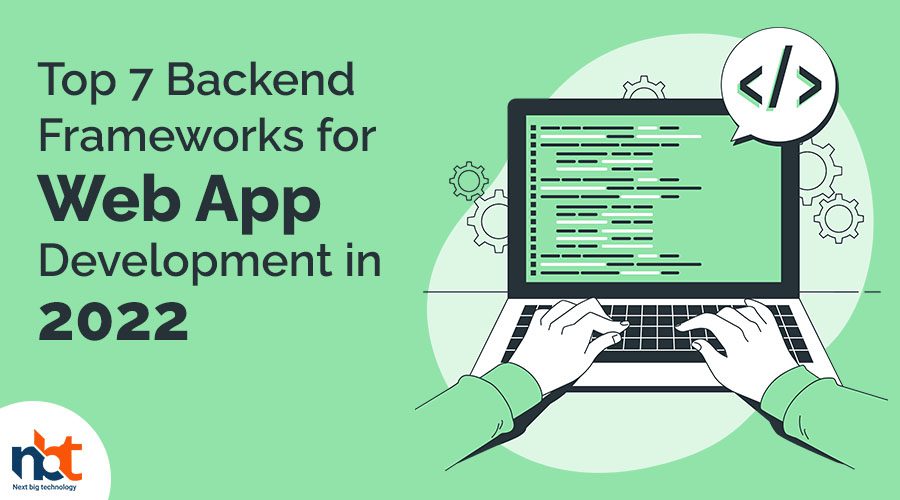 You’ve come to the right place if you’re an app programmer who wants to learn about the best backend frameworks to study in 2022.

In web design and development, projects are usually split into two types: frontend and backend. The part of a web app that runs on a server is called the backend. This is the developer’s area of expertise.

A Backend developer needs to be good at a lot of different things. One of them is learning about different frameworks for the back end. This article will look at some of the most popular backend frameworks.

This collection has the best backend frameworks for each supported programming language and technology stack. This means you can choose the one that works best with the languages and technologies you already know instead of learning them all.

Backend implementation of the top 10 web development frameworks in 2022

Many people think that Java is a language that will never go out of style. One of the most common ways to use it is for backend work. Spring Framework is one of the best Java frameworks, but there are many good ones.

Since its first release in 2002, it has become one of the most popular backend frameworks for building both spring-based and stand-alone applications that can be used in production environments.

Django is the Python web framework that is used the most. This is because Django follows the “Don’t Repeat Yourself” (DRY) principle and encourages code reuse so that people can get more done. It’s also a safe way to build something.

The Django framework for Python is one of the easiest to use. Moreover, it’s one of the most popular full-stack frameworks because it has built-in features like REST API support.

Because of this, node developers could use the Express framework in 2010. It is a simple Node.js framework for making apps that can do many things.

Since JavaScript is the most popular language for building websites and is probably the only language that can be used for full-stack development (frontend, backend, and mobile), Expressjs can be a great choice for developers who want to learn more. 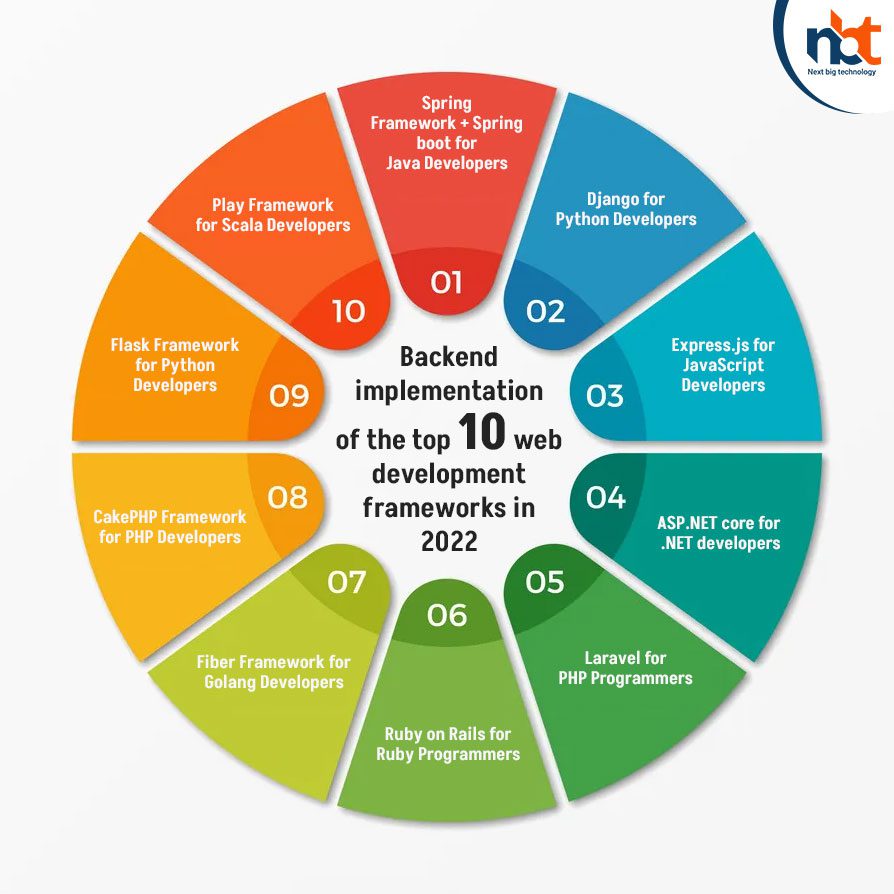 ASP.NET core is the name of the next version of ASP.NET. It gives you a free, cross-platform framework for making. NET-based web apps. It is thought to be one of the best backend performance frameworks.

ASP.NET MVC and ASP.NET Web API are put together into a single, more powerful programming module.

PHP is one of the most popular languages for backend development. For example, the Model-View-Controller design pattern is used by the PHP framework Laravel. It’s easy to learn how to use because it has an easy-to-understand interface, a large library, and a well-designed API.

Using Laravel on the backend makes making secure, cutting-edge web apps easier and takes less time. You’ll realize this quickly if you’re working on anything more complicated than the most basic programs.

6. Ruby on Rails for Ruby Programmers

Rails, also called Ruby on Rails, is a popular server-side framework that uses the model-view-controller design pattern. It has a simple structure that is easy for newcomers to understand.

Even though its pros and cons are still being debated, backend developers around the world praise it for its ease of use.

Fiber is a web framework that is free to use and is written in the programming language Golang. Fasthttp, the fastest Go HTTP engine, is used as its base. It makes things easier for rapid development by not allocating memory and focusing on how well things work.

Fiber is a lightweight framework that works very well. Martini is easy to combine with other libraries because it has a simple layout. The framework makes it easier to scale up and reduces extra work.

Like many other popular backend frameworks, CakePHP takes ideas from Ruby on rails.

It is based on the MVC framework and has features like model-view-controller, front controller, active record, data mapping, and convention over configuration.

Flask is a Python framework that can be used for backend operations. It is called a “micro-framework” because it doesn’t need a single set of tools or libraries. It also doesn’t need a database abstraction layer, form validation, or other external source dependencies.

It is an easy-to-learn web framework that works well and can be changed in many ways. Flask is easy to pick up and use because it has a small footprint and a simple design. It is also easy to use because it is a Python framework.

It’s not a stretch to say that PLAY, a web framework written in Scala and Java, is one of the most powerful backends. The MVC framework makes it possible to reload code on the fly, report errors, and make developers more money.

It is also RESTful and does not block.

Over 30,000 people have already signed up for this great online course to learn Scala, which is needed for the Play framework.

Thanks for reading our post “Top 7 Backend Frameworks for Web App Development in 2022”, please connect with us for any further inquiry. We are Next Big Technology, a leading web & Mobile Application Development Company. We build high-quality applications to full fill all your business needs.