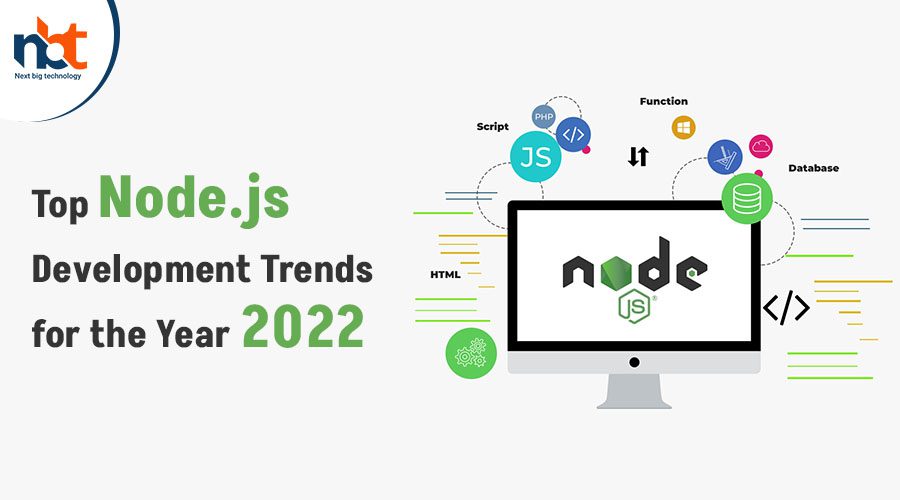 AI and the programming language JavaScript seem to have significantly affected the business of making software recently.

In this case, there is likely to be a high demand for full-stack developers for a long time.

One of these frameworks is Node.js, which is a collection of libraries, helpers, and other tools that can be used to build and maintain high-quality online applications. With Node.js as the base, it’s much easier to build and protect your web presence.

Many frameworks built on Node.js have been made, and thanks to Node.js’s steady and fast growth, they are all likely to become industry standards by 2022.

Node.js has become more popular as a framework in recent years because it is easy to use and has a small footprint.

Node.js is a JavaScript runtime built on Chrome’s V8 JS engine. It has an event loop and I/O that doesn’t block. Another reason programmers like Node.js so much is that it lets them control many connections at once.

The Node.js platform was used to build some popular websites, like Amazon, Netflix, PayPal, Groupon, and many more.

It is expected that by 2022, the best node.js frameworks will have been created thanks to the development of Node.js and the growth of its community. However, few predictions about the most cutting-edge trends in Node.js have been made for 2022 by language developers worldwide. This post talked about 10 of the most recent changes to Node.js that you can expect to see in 2022.

The growth of the web development industry is expected to be led by frameworks built on top of Node.js. Node.js is a free JavaScript runtime environment used in a web browser.

Node.js has the most users and the fastest growth rate among Western developers. Moreover, after using Node.js, several well-known brands worldwide saw a significant rise in their popularity.

It is said to be faster, less expensive, and less likely to go down than other frameworks for similar platforms.

Node.js has become very popular among programmers because it is cheap and easy to use. It also helps developers save about 12% on their annual development costs.

Popular Node.js frameworks are working harder than ever and are very important to the framework’s success. 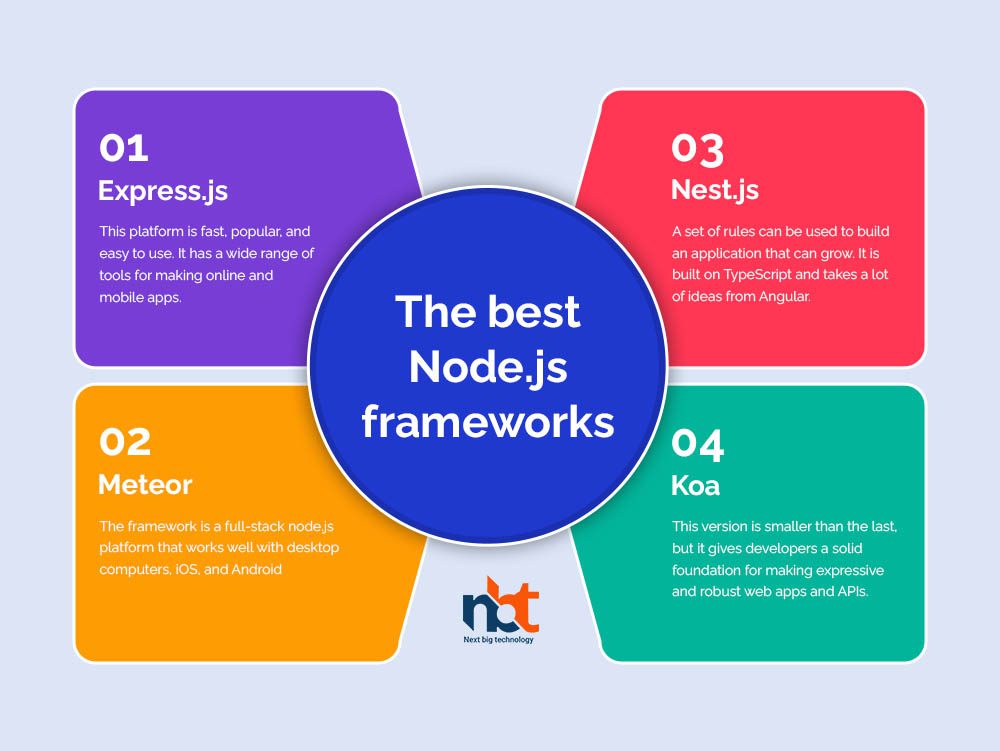 This platform is fast, popular, and easy to use. It has a wide range of tools for making online and mobile apps. In addition, it has an excellent application programming interface (API) that makes it easy for the user interface and the database to talk to each other.

Express.js has become very popular in the past few years, and this trend is likely to continue in the years to come. On Github, more than 41,000 people have liked it.

Express.js makes it easy and quick for programmers to do their jobs. It is easy to learn and master, and a large and active open-source community supports it. It’s also the eleventh most used framework out of the top 10,000.

The framework is a full-stack node.js platform that works well with desktop computers, iOS, and Android. Meteor.js is a simple and easy-to-use framework for building applications, but it can also help with big projects.

Since its start in 2018, its popularity and the details of how it will be used have grown like a meteor. The fact that the framework had more than 40K stars on Github showed its popularity.

It comes with a tool for testing and many packages and libraries. It is used a lot for debugging and makes it possible for clients and servers to talk to each other constantly, smoothly, and high-quality way.

It has become the fourth most favoured and used framework in India thanks to the work of a team of full-stack developers who are dedicated to helping their clients succeed.

A set of rules can be used to build an application that can grow. It is built on TypeScript and takes a lot of ideas from Angular.

Compared to its rivals, Nest.js has a more user-friendly interface, more platforms it works on, and less downtime. In addition, it works fine with Node.js servers and JavaScript libraries.

This version is smaller than the last, but it gives developers a solid foundation for making expressive and robust web apps and APIs. Furthermore, it is so flexible that you can put the parts together in any way you want. The more than 28,000 ratings on Github show that Koa.js is a popular choice.

The core of the Koa framework is built to work with ES2015 and asynchronous functions. This requires node v7.6.0 or higher. Koa.js is a simple framework that focuses on rapid development and is easy to use. It also makes work more accessible because it needs less code.

Because Node.js is so popular, its ecosystem has grown significantly in the past few years. In addition, the framework is growing as more big brands worldwide start to use it.

Thanks for reading our post “Top Node.js Development Trends for the Year 2022”, please connect with us for any further inquiry. We are Next Big Technology, a leading web & Mobile Application Development Company. We build high-quality applications to full fill all your business needs