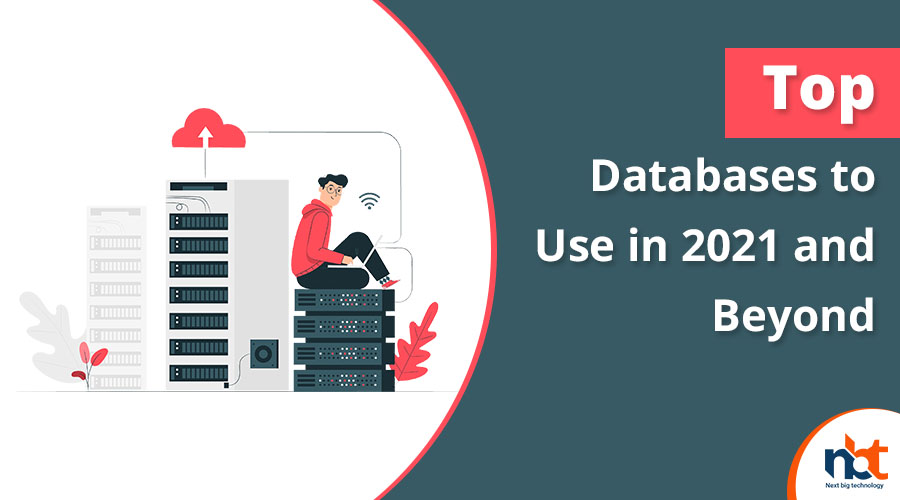 Whether a small business or a major corporation, digital transformation has enabled firms to produce information at every touchpoint. Every company, regardless of size, requires a database to organise and store its core data. The database management system software comes to the rescue in order to give such a service.

A database can be thought of as a space within an office where all of the important data and reports are kept. Because the information that is kept is exceedingly sensitive, we must exercise utmost caution when accessing the database’s contents.

With the rise of Microservices, Cloud, Distributed Apps, Semi-Structured Data, Big Data, Low Latency Data, and other technologies, the traditional SQL list of most popular databases is now being supplemented by various NoSQL, NewSQL, and Cloud databases.

Here is some information regarding the best database 2021 or next year, based on the widespread use and popularity of various types of databases in responsive web development applications:

According to business.com, CRM software is used by 91% of organisations with more than 11 employees.

According to a Nucleus Research survey, 65 per cent of organisations that use mobile web development CRM meet their sales targets.

The mobile CRM market is predicted to grow at a CAGR of around 13% between 2019 and 2029, according to Future Market Insights.

Let’s take a closer look at the many types of popular databases.

With C, C++, and Java as built-in assembly languages, Oracle is the most widely used commercial relational database management system on the market. There are many new features in this database’s most current edition, 21c.

Oracle is the best database management system on the market. RDBMS users rely on it the most. There are a number of extra features, such as JSON from SQL, that make it more efficient and easier to work with data.

For web application development in 2021, MySQL will be one of the most often utilised databases in the computing industry. stability, robustness and maturity of the database are its primary objectives. The most common usage of this database is in web development solutions.

C and C++ are the languages of choice for MySQL, a relational database management system. There is a newer version of this database called MySQL 8.0, which has a stronger recovery mechanism. The best SQL database has a variety of editions, each with a different set of features.

On-premises and in the cloud, Microsoft delivers excellent toolset support for one of the top database technologies. It works well with both Linux and Windows operating systems.

It is not as innovative or advanced as other modern databases, but it has undergone significant revisions and updates throughout the years.

The database’s original name was POSTGRES. Michael received the Turing Award for his contributions to PostgreSQL as well.

Many factors must be taken into account while selecting the most popular NoSQL databases for use in 2021. Founded in 2009, MongoDB is an open-source document management system. In order to load and retrieve data from an RDBMS, object-oriented programming languages require additional application-level mapping. In response to this problem, a database called Mongo was designed to handle Document Data.

The relational model is supported by a large number of databases for mobile apps, which has developed dramatically in recent years. It now supports both object-relational and non-relational data types including JSON and XML.

Automated sharing and a REST API allow for horizontal scaling. Logging and Monitoring data can also be analysed with this tool because it supports both structured and schema-less data (JSON).

It is a widely used database for an application that was built in 2008. It is an open core, distributed, broad column store database. This is a scalable database management software that is frequently used in businesses to handle large amounts of data.

Its decentralised database (Leaderless) with automatic replication and multi-data centre replication is one of its primary advantages, allowing it to become a fault-tolerant foundation with no failures. Cassandra’s operations and infrastructure are diverse. Cassandra and HBase databases have a long history and a variety of applications depending on their types.

It’s a relational database management system that works with MySQL clients and protocols. Without requiring any code modifications, the MySQL server may be readily changed with MariaDB.

This management system combines columnar storage with a distributed data architecture that is massively parallel. MariaDB is a more community-driven database than MySQL.

Neo4j is a Java-based open-source NoSQL graph database that was first released in 2007. It employs the Cypher query language, which the company touts as the most efficient and expressive way to express relationship queries.

Your data is saved as graphs rather than tables in this database management system programme. Neo4j’s relationship mechanism is fast, allowing you to quickly construct and use other connections to “shortcut” and speed up domain data as needed.

Amazon’s DynamoDB is a nonrelational best database. It’s a serverless database for mobile apps that automatically scales up and down while backing up your data.

Built-in security and in-memory caching, as well as consistent latency, are all aspects of this database application.

What is the most user-friendly database?

Database software is used in almost every application you can think of. But, in this case, the question is really about what you’re looking for. For example, at university, we teach new students how to use Microsoft SQL Server to create a list of databases in web applications and software. They can easily advance to MySQL and Oracle once they’ve mastered the database fundamentals.

While most databases for mobile apps are the same, it is critical to understand the fundamentals of the most common SQL databases and explanations because they can be readily applied to the majority of database systems. It is preferable for you to learn it by writing SQL statements rather than using a GUI approach.

When you grasp the fundamental concepts, you’ll see how easy it is to apply them to any database management programme that uses any IDE, GUI included.

Which Database Is The Most Appropriate For Python?

The Python programming language’s database programming capabilities are astounding. MySQL, Oracle, SQLite, and other databases can all be used with Python. Python supports the DDL, DML, and data query statements of the Data Definition Language (DDL). Standard: Python’s DB-API is the database interface for Python. A lot of Python database interfaces use this.

Here, we’ll have a look at one of the most popular databases: SQLite

Because you don’t have to install any external Python SQL databases or types or SQL database modules, SQLite is probably the most obvious and popular SQL database to connect with a Python programme. Naturally, your Python installation includes the SQLite3 Python SQL library, which you can use to connect to and interact with an SQLite database.

Finally, I’d like to thank you for all of your hard work.

A database for mobile applications is regarded as the bedrock of software applications, and a business cannot survive without one.

If you require any form of SQL database or app development assistance, please contact us as we are a leading web development company in the United States that creates scalable applications that give remarkable results on both desktop and mobile devices.

I hope that this list of the most popular database systems in 2021 has answered any questions you may have about their widespread use.