Is Mobile Apps the Best Platform to Enjoy Poker Games? 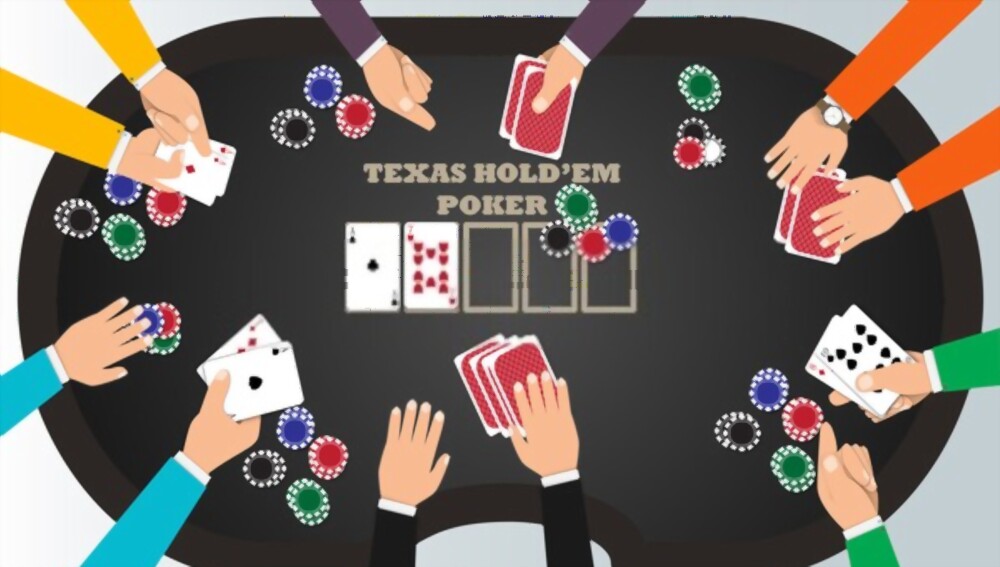 The world is at the palm of your hands, at least a part of it is. Cyberspace is a vast space that allows the connection of media and channels, it helps connect people through digital profiles and is used as a medium for accomplishing various tasks. Through the use of codes and programming languages, the origin of websites and software soon populated cyberspace. These sites were often used for consumerism and the commodification of branded goods. This is how businesses and entrepreneurs began their onset on growing their brands and the rest is history. A part of it, we all are.

Cell phones have their line of evolution over the past decades and gradually were made into smarter devices through advanced technologies. So as to satisfy consumers, games evolved alongside their mediums and platforms and are now constantly available in app stores.

Poker is a popular online game to play nowadays, usually, people see them in casinos but the game is now available on smartphones. Poker games are now developed as apps in mobile app stores due to the advancement of proper software and app development. App developers are now equipped with skills to produce adequate software to run full poker games in the palm of their hands. There are few things to know about playing poker through mobile apps,

Some of the aspects of playing a poker game through a mobile app have their merits, the few are mentioned below

Gives the Player Freedom And Comfort

With technology at its prime, players can play online poker games anywhere and everywhere. The mobile phone is convenient in size and weight to carry around while traveling too. It establishes a perfect platform for casual gamers as well as newcomers to try their hand at online poker. This introduces multitasking though, you might be traveling or hanging out with your friends and you will still have the option to play online poker games from the comfort of your seat.

Online games such as poker give you more exposure to worldwide tournaments between players at the other face of the globe. It is an interesting take to expanding your playing tactics and making new online friends.

There are More Games to Play Simultaneously

Online mobile poker has had its own share of growth along the years it initially began, it had limited features and the software was still premature. Now, players can log into multiple tables and play their variants alongside many other international players. It has computed optimization and allows the further horizon to limitations. With this we can say that many games do get package updates on the software they run on, this brings scope for improvement through customer feedback.

App development becomes a sort of business as soon as the arrival of interested and invested players in the application. Poker apps are widely popular due to the number of bonuses and promos launched by the developers during special campaigns. For example, new users get additional log-in bonuses for the next six days. This maintains the spirits of the customers and they remain enthusiastic to play more on the same platform. This method keeps customers on the edge of their seats and helps them enjoy their plays.

This is an old but effective method in marketing, offering discounts and bonuses only amplifies the influence of customers on the game. After all, free entertainment is still entertainment at the same time.

As for the demerits, it mostly depends on the player and their surroundings otherwise the rest can be adjusted and managed.

Multitasking on a Mobile Phone is Not Everyone’s Ideal

Poker games are easy to handle while you are playing a single table however, with the option of multitasking many players struggle to maintain the tables. This further puts them at a disadvantage against other players who can multitask. The possibility of clicking the wrong button always exists due to the screen size. Inexperienced players also tend to get bored with playing a single table and so choose to play multiple tables at once, they are often unable to concentrate on one consistent win. New players or even beginners are unable to handle this process and mostly tend to prolonged game time with slim chances of winning continuous hands. It is best to avoid the multi-table option if you are not as well-versed in the singles matches

Limitations to Use All Tools

This difference is weighed between the poker game tools which are easily used through PC and are not easily accessible through mobile phones. The poker players who use PC instead can record a game, activate HUD during a match and easily navigate through the tools, unlike through a mobile app platform. There is a software limitation when it comes to mobile poker apps. This translates to a huge drawback for mobile players as PC players use the mentioned tools to quickly assess each match weighing out the stats and tendencies. Since not all experienced players shift from their original platforms to the new portable ones, the app is mostly filled with casual and new gamers thus, working their way without the tools may seem like a struggle. If the tools are somehow a given for your style of playing, it is more sound to stick with PC platforms instead otherwise you can work your way without the tools too!

If you are playing a poker game at the comfort of your own home WiFi – this con won’t be much of a problem then, however, mobile poker apps are designed to let players play poker outside the premise of their homes and if they do not have a stable internet connection they won’t be able to work as smoothly. Players won’t be able to play anywhere and everywhere. This is especially risky for players who use the poker app while traveling. This is a common setback for most smartphone users, the network coverage is not well receptive to the location and phone. Many other online games such as the poker game face a similar disconnect, this is when offline games or modes come in handy, or better yet, grab a book next time you travel just in case the connectivity loses you.

Games of all categories have some reintroduced versions in cyberspace, through software or professional game developers things tend to get interesting when an age-old game such as poker enters the digital platforms. A lot more people can try their hand at it and even grow to like it!