Benefits of Updating Apps After Uploading on App Stores 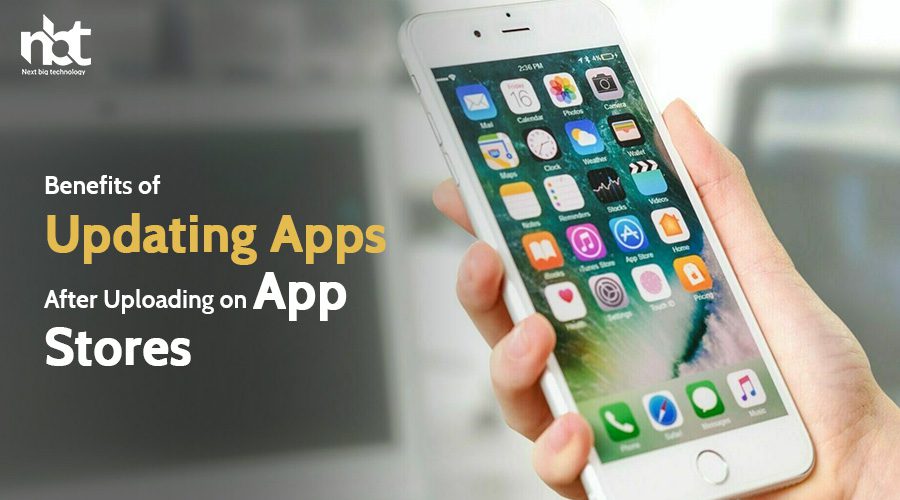 Everyone has a right to wonder why app updates happen so often. But updating apps is one of the best ways for companies and app developers to get their name out there.

Almost every business that works with the public has probably put money into making a mobile app. Because of this, there is a lot of competition in the market, and businesses have to work harder than ever to be successful.

A third of app users say they have stopped using or uninstalled an app because they lost interest in it. In this case, it might help to give them something extra. Even if they don’t use apps now, 30% of those who don’t will try one again if they get a discount, and 24% will try an app again if it comes with free extra content.

Also, by keeping their apps up-to-date regularly, businesses may increase their share of mind compared to rival apps. By regularly putting out new app versions, users are reminded of it by seeing it in the notification center and on the App Store.

Now that we know why apps need to be updated all the time let’s talk about the good things about doing so.

Why you should always have the latest versions of your apps

You might have asked yourself why keeping software up to date is important. Is it bad not to keep apps up to date?

Here are some reasons you should always update your software: adding new features, fixing bugs, or making it run faster.

Performance improvements were made to the app, and bugs were fixed.

Because of this, it’s normal and unavoidable that you’ll need to update your app. The developer or company behind the program may set up a weekly update cycle to stay on top of all bugs and performance problems. See how your app performs by looking at these 15 key performance indicators for mobile apps.

Enhances An Overview of How to Use the App

When a developer finds a new way for users to interact with their app that makes it more fun and easier to use, they may decide to change the app’s user interface (UI).

The App Store might make layout changes when it adds a new language or widget.

Keeping a loyal customer base is made easier.

Users often suggest great new features or improvements for the app; if those ideas are used, the app is likely to become more popular.

Customers will see that you care about their thoughts if you make these changes.

People who don’t understand app updates are often asked, “Why?” If you want people to keep using your app, you must keep it up-to-date. Customers who like your app may talk about it positively with their friends and family or in online chat rooms. This work pays off with more installs and a higher ranking in the App Store’s rankings.

As you know, users can choose from a wide range of options. There are no other apps that can do the same thing, and most users download and try out a few before deciding on the one that works best for them.

But you will get the user’s attention if you update the program often and send them alerts. At first, many people may download the app, but after a short time, they may stop using it.

One way to remind users that the app is still on their devices is to send them updates regularly. This can be useful for advertising.

Explain the difference between small and big changes to an app.

Making new mobile apps is something that is always going on. This means you will have to make small changes to your app over time. But you’ll also need to think about how something outside of you limits your ability to make yet another change.

Depending on the topic, these changes can be made in different ways. If you just put an app on the App Store, you may find that it needs to be fixed in a few places. Before, these problems needed major changes, but now they can be fixed with a simple upgrade.

But a major update can change your app’s features in a big way. Users must make many changes when a big change to an OS’s operating system.

For example, when Android and Apple added mobile payment options in 2014, all e-commerce and finance app companies updated their apps to use the new features.

When should apps be updated most often?

Updates to mobile apps should be planned around the app’s development schedule. Even if the first version of your mobile app only has basic features, thinking about how you’ll add more in later updates will help you get closer to your goal.

How often you update your app will depend on many things, but it’s important to keep that in mind if you want to keep your users happy and coming back.

Does it need more space for apps to be updated?

Most apps’ storage space will grow after an update. But if you delete the old version of the program and then reinstall the newer one, your app will probably only use as much space as the old one did. If you keep updating your app without removing the old version, your phone’s storage will likely fill up quickly.

Do you want to get more out of your app?

Now that you know why updating your apps is so important, you should decide how often you will do it. No matter what plan you have for updating your app, you will need the help of a quick mobile apps development company.

Space-O Technologies is one of the best companies for making mobile apps. It helps its customers keep their apps on the Google Play Store and App Store up-to-date and bug-free.

Thanks for reading our post “Benefits of Updating Apps After Uploading on App Stores”, please connect with us for any further inquiry. We are Next Big Technology, a leading web & Mobile Application Development Company. We build high-quality applications to full fill all your business needs.