This passage is about a demanding programming framework “Angular” which is a client-side framework. Many people still get confused between AngularJS and Angular which are having quite a lot of differences.

Angular is a modified version of AngularJS, which is completely rewritten. The main advantage of Angular is that it is flexible with more platforms rather than AngularJS which is why AngularJS is having a sloppy demand in the market. And in addition to that, many versions of Angular are also released in the market in a very short span of time that makes it even more difficult for AngularJS to be spotted.

Angular major versions are as follows :

Angular is way too good for developers as well as complex at the same time. It provides Modules, Components, Injectables, Services, and many more characteristics to provide the flexibility to maintain a good and well-managed project.
The platforms that support Angular are web, mobile, desktop which makes it super flexible and its project managing abilities are also wonderful to be implemented for the developers in their projects. 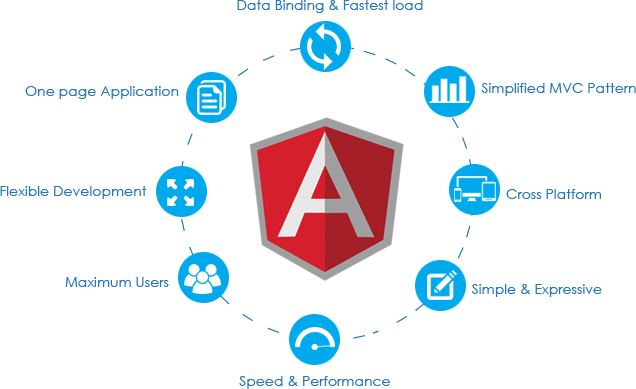 Angular might seem a complex thing to understand for the newcomers as it has a lot of additions as compared to other frameworks but as the time is spent on it, it is a powerful framework to work upon.

It provides smooth functioning of the project to give a desirable experience to the user. The pages are not reloaded as the project is once started and an internal connection between the pages is always there to get the desired output quickly ‘in no time as well as efficiently.

Codes are very much consistent and in an ordered way that one can use in the project wherever one requires it from wherever.
Constructors and injectors also provide dynamic acquiring of the objects needed at any instance.
At last, I would say that Angular is a very cool framework to work upon to play with the codes while learning and implementing web applications.