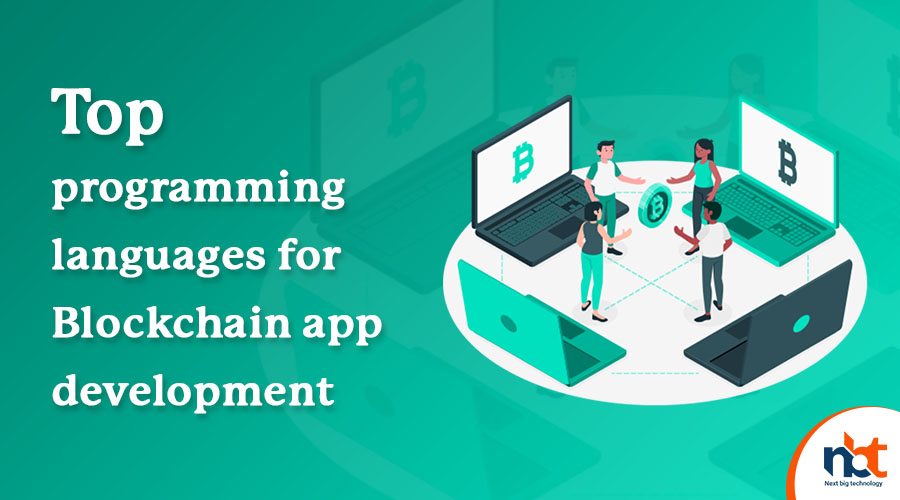 Unless you’ve been living under a rock, you’re probably aware of what Blockchain is and its promise for transforming the tech sector. Over time, this technology has assisted a variety of sectors in overcoming traditional difficulties and seizing new opportunities.

Blockchain has also shown that it has the capacity to transform the whole economy, including healthcare, transport, education, and the legal system.

The demand for Blockchain increased by over 2000% between 2017 and 2020, making it one of the most valuable technologies in the market. The Blockchain sector is anticipated to be worth roughly $20 billion by 2024.

Because blockchain is establishing a foothold in previously uncharted territory, any technology enthusiast should be aware of the top programming languages most suited for Blockchain development services.

So, without further ado, let’s talk about the top blockchain programming languages for 2021, as well as how to create a blockchain.

Solidity is the first blockchain programming language to learn, with influences from JavaScript, Powershell, and C++. Especially if you want to develop dApps or go into the ICO development business.

Vitalik Buterin, the creator of Ethereum, created the Solidity blockchain programming language. It provides a slew of advantages to blockchain development companies, including:-

Java is the official language of Android mobile app development and a popular choice for backend development. It is also one of the most popular blockchain programming languages.

The language is derived from C-syntax and is commonly used for developing advanced smart contracts and decentralized applications (dApps) due to the following features:-

NEM, IOTA, NEO, and Hyperledger Fabric are some of the top Blockchain solutions built with Java.

Bitcoin and Blockchain programming in Python has not only dominated the worlds of mobile application and IoT application development, but it is also proving to be an invaluable tool in the field of financial technology Blockchain-as-a-service space.

Because of the outstanding characteristics it offers, the language, which was established in 1991, is frequently used for the construction of dApps and Smart Contracts. The following are some of the benefits of blockchain coding in Python:

Given its versatility, JavaScript is one of the most important Blockchain programming languages to keep an eye on in the next years. It can be utilized for a variety of app and game development purposes.

The language, in the form of frameworks like Node.js, provides a plethora of advantages to developers, including:

PHP (Hypertext Preprocessor), which was first released in 1995, is another programming language that every reputable mobile app development business suggests for generating Blockchain solutions.

PHP is frequently used to create blockchain solutions of various levels of sophistication. Because of its large open-source community and object-oriented features, it has a ripple effect.

Bjarne Stroustrup invented C++ in 1985, and it is the greatest programming language for cryptocurrency creation.

The language is based on OOPs and is widely used in the development of cryptocurrencies such as Bitcoin, Litecoin, Ripple, Stellar, and EOS. The following are some of the most notable features and functions of C++:

The OOP language, which was created by Microsoft as a replacement for Blockchain coding Java, has a large variety of capabilities for enterprise-powered apps, cloud, and cross-platform development. The language is popular for Blockchain development since it includes functionality from the C, SQL, and.NET frameworks.

In a Blockchain setting, the programming language is primarily used to create dApps, Smart Contracts, and infrastructure.

The Go programming language has also made a strong showing in the top Blockchain coding languages.

The language is not only simple to learn, but it also has all of the advantages of JavaScript and Python, including user-friendliness, scalability, flexibility, and speed. Something that makes it an excellent choice for delivering custom Blockchain solutions.

Go-Ethereum and Hyperledger Fabric are two of the most popular Go-based Blockchain systems on the market.

Simplicity is a high-level Blockchain coding language created by Russell O’Connor and released in November 2017.

Simplicity is a programming language based on Ivy that uses a Haskell-like syntax to make coding easier and more efficient. Furthermore, it is highly mathematical in character, allowing the code line to be read by humans. As a result, it’s widely utilized to create Smart Contracts and blockchain solutions that work with both Bitcoin and the Ethereum Virtual Machine (EVM).

Ruby is the finest language to start your blockchain programming career with.

This high-level and general-purpose programming language, created by Yukihiro “Matz” in the mid-1990s, allows developers to prototype their vision quickly and easily using open-source third-party APIs and plugins. The language also allows developers to combine its capabilities with those of other languages to create a more powerful platform.

Asian developers are very interested in using it to create Blockchain-based applications and services.

Rust, although being a relative newcomer to the Blockchain ecosystem, is being widely evaluated for developing unique, immutable, and safe solutions.

One of the top blockchain technology programming languages to consider in 2021 is SQL (Structured Query Language).

IBM created the language to make working with databases like MySQL, SQL Server, PostgreSQL, and Oracle easier and more efficient. In the Blockchain domain, it is utilized to provide secure and effective enterprise solutions. Aergo is a good example of this.

Erlang is yet another top Blockchain coding language to explore for a more promising future.

Despite being less well-known than well-known names like blockchain programming Java, JavaScript, and Python, the language provides Blockchain development firms with possibilities such as:

Something that makes it an excellent alternative for constructing peer-to-peer networks in a Blockchain setting.

Another interesting addition to the list of Blockchain programming languages is Rholang. Unlike C++ or Python, the language takes a functional approach to programming rather than an object-oriented one. It also evaluates the entire program as a set of functions that are then solved in order.

As a result, it is a popular choice among developers when working on high-level projects such as Smart Contracts.

These are some of the programming languages that can be used to enter the Blockchain realm and take advantage of the growing opportunities. As previously stated in this article, these languages have varying levels of promise and can thus be utilized to create a variety of Blockchain and cryptocurrency-based solutions. It means you’ll need to figure out which language is ideal for which form of Blockchain development and then hone your skills in that language.

While learning about blockchain programming through online tutorials and training programs is a good way to become familiar with the theoretical concepts, if you want to do some hands-on work or learn how to program a blockchain under the supervision of a reputable Blockchain app development company, contact our recruitment team for an internship opportunity today.