How to Estimate the Cost of Flutter App Development? 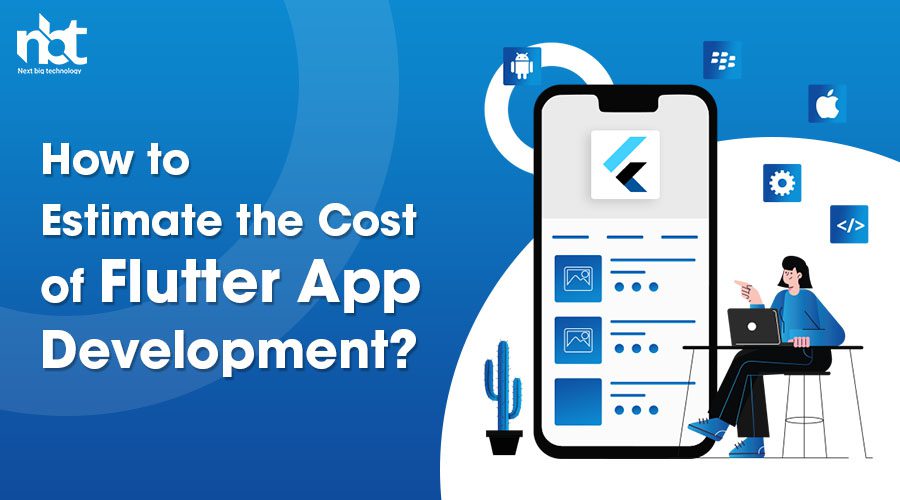 The open-source Flutter platform is quickly becoming the standard for making mobile apps.

This platform seems to have everything a good development environment should have. It does what it is supposed to do quickly, without any trouble, and as well as possible.

Before we talk about how much it will cost to build an app with Flutter, which is the main topic of this article, let’s talk a bit more about how great Flutter is.

There are some good things about making a Flutter app.

Some of the things that make Flutter app development great are:

Flutter is a hybrid platform, which helps it reach more people than other apps. This is because it is backed by Google, which ensures its credibility, acceptance, support, and benefits.

Since the development is based on a single codebase, testing the app on different platforms is much faster. Recently, Google teamed up with Codemagic, a provider of CD solutions, to test, build, and bundle apps made with Flutter.

Does Anyone Know How Much It Will Cost to Make a Flutter App?

Most of the cost of making a Flutter app comes from the following parts:

Among the many things that go into figuring out how much a custom Flutter app will cost in the end are:

The design of the app is complicated.

Putting together a Flutter app is challenging in many ways.

The deployment of an app’s architectural model, the creation of an admin panel, the integration of third-party services, the use of the device’s native features, enterprise-wide integration, and so on are all examples.

Flutter is an app development platform that helps a lot with this problem. It allows organizations to have high-quality apps without breaking the bank.

The amount of money spent on making a Flutter app can also depend on how many devices it needs to connect. The development cost increases as the number of pieces of hardware that need to be connected increases.

How an app is categorized depends a lot on the problems it solves and the needs it fills. Each program has its features and goals, which can be broken into subsets.

One of the most important and time-consuming parts of the process is designing the app. It’s the first thing people will see when they open your app.

The interface of an app will be taken more seriously if it is easy to understand and use. But making apps with Flutter keeps design costs down by a significant amount.

Make sure your app is up-to-date.

One of the most time-consuming and regular parts of owning a mobile app is taking care of it. The software must be updated often to reflect the latest changes in the industry.

This vital part is part of the Flutter app development service. Most of the time and money spent on an app goes toward making changes to the program, changing how it looks and fixing bugs that keep popping up.

These things are essential if the application keeps doing well in the market and its users are interested. Fixing bugs is a continuous process that should last as long as the program is used.

Where the development company is from

The costs of making an app vary depending on where it is being made. The agency’s hourly rates in India would be very different from those in the United States.

Developers usually set their prices based on how the market is doing, so they offer different service levels. On average, developers’ fees in India are about a tenth of those in other countries.

But Flutter is brand new, so it will only be able to handle small needs until it grows big.

Cross-platform development is a solid base to build future improvements, especially if work is kept up and changes are made.

Flutter apps have been a popular choice for startups and small businesses (SMBs) because they are easy to make and don’t cost much.

Many things affect how Flutter apps are made. You need both back-end and front-end services to serve clients well and make them happy.

The Flutter apps should be taken care of as soon as possible. The tools on the Flutter platform are great for keeping an app relevant in the market.

Thanks for reading our post “How to Estimate the Cost of Flutter App Development?”, please connect with us for any further inquiry. We are Next Big Technology, a leading web & Mobile Application Development Company. We build high-quality applications to full fill all your business needs