How Much Does It Cost to Hire Flutter Developers? 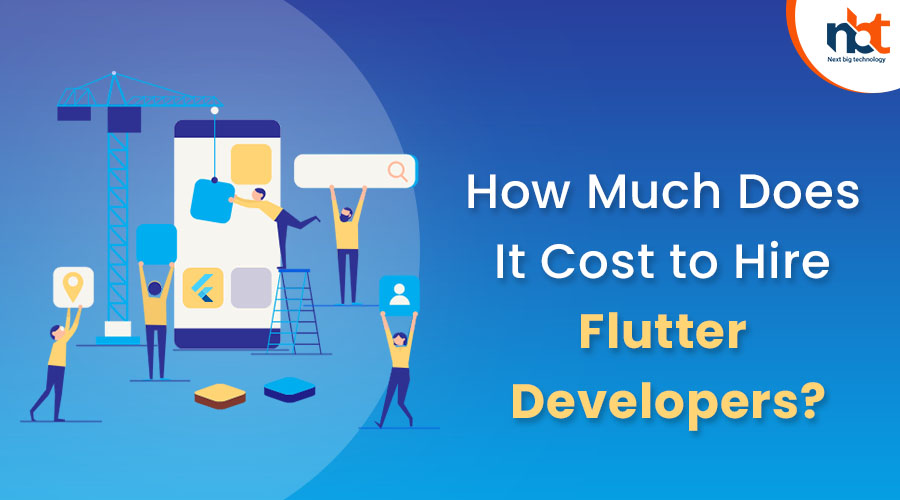 The entire landscape of the idea is well known for the advancement of all the new technologies in the online world. Google came up with a fresh idea known as flutter, this will be a dominating IT hub service offered by the software giant. In this current era technology is one of the major reasons to be the advancement in the field, and flutter is considered as the game changer hybrid app development space. There is the majority of the application is being built with flutter and it is continuously growing day by day and turning to be the most exciting topic.

One of the major potential requirements for every business income is to get the complete implementation of the expenditures. The majority of the business think that the property deployment of the product into the World Wide Web will make it completely successful. But it properly needs to be understood that we need to create a viable web application to get success in the business. This is the major requirement for hiring a mobile or web app developer with expertise in various fields.

We need to find such developers who have expertise in CSS, HTML, JavaScript along with various other frameworks like Angular, React, Vue. It could be much like gambling to raise sales which could be a difficult job for the majority of the business. Even if the proper development of web applications is successful, we need to have other pieces of knowledge to completely implement various services to the customers.

Feedback is one of the major reasons for the success of the development which is a completely viable source of information on what to do right if something goes wrong with the development. We also need to understand that majority of the global market is shared by Android which is around 87%. So we do implement into such platform which will ensure us with major revenue boost with our business strategies.

Even the platforms like iOS have a fair share of 13% which is also a viable requirement to offer the best services towards a complete target audience on any platform. According to various studies in the first quarter of 2020, it is more than 2.56 million applications are being ruled in the Google Play store. Similarly, it is more than 1.8 million applications available in the iOS store which is also a major influence on the target audience.

Although we should go for the major share of the platform to ensure the potential customers with ease. But it could be an expensive option which is why we need to make various choices based on our requirements for the application. The choices could be the hybrid app which could help in sharing the code between those platforms. This is where the flutter app development comes to help as it will offer the much-required services for the company as well as the developers.

Flutter developers can write a single code that can be implemented all over the platforms have the level in the market. They can easily implement into the Google Play store, web, Apple App store at the same time. Only a single written code can change the strategy of the business in the online market without much investment in app development services.

Flutter is one of the best software development kits (SDK) which will offer high reliability and efficiency for the development of apps on the web, iOS, Android, and Desktop. With the help of a single written code, all the platforms can be easily optimized and embraced with the help of flutter. It is a porting tool that will allow the creation of various apps which could be easily used in multiple platforms without much requirement for separate coding or development.

Flutter is the simple synonym for the freebie and it is open source. It is completely developed and supported by Google which makes it much easier to have all the functionalities for free. It is one of the most used tools by the developer and it makes the best-trusted software development across the globe with the proper implementation of cross-platform apps. It is much more robust due to the easy compilation of native apps without much-required crotches for review and JavaScript bridges.

It is completely hassle-free and the code can be written in one place and easily compiled to make the web app for various browsers. Easily get the complete versions of iOS which includes iPads and iPhones. Much like any other platform, Android apps can also be used on all devices without any issues.

After the consideration to use the best flutter app development company one of the major factors that remain is the cost for hiring them. This is one of the major factors which cannot be escaped while considering hiring app developers for the requirement of the company. The majority of the company will offer a transparency system to give the client the best experience of development according to their requirement.

But the majority of the cases will get to have various hidden charges which could be a poor experience while having flutter app development for the company. In most cases, the best flavor of development services is much more affordable and available at the rate of around$20 to $40 per hour. Although if you’re looking for a more dedicated team for having the best experience on flutter app development for your company then you need to consider various models and increased rates.

The rate can be depending on the full-time hiring, part-time hiring, hourly basis hiring, etc. The actual cost varies from company to company which could be difficult to properly have an estimate on according to the requirement of the company. Although we also need to consider the expertise and implementation of different advanced methods to create viable flutter application development services.

We also need to consider various communication processes used by the development company to have the best experience with the app development services.

Thanks for reading our post “How Much Does It Cost to Hire Flutter Developers?”, please connect with us for any further inquiry. We are Next Big Technology, a leading web & Mobile Application Development Company. We build high-quality applications to full fill all your business needs.