Cardano Price Prediction: Can This Cryptocurrency Compete With Ethereum? 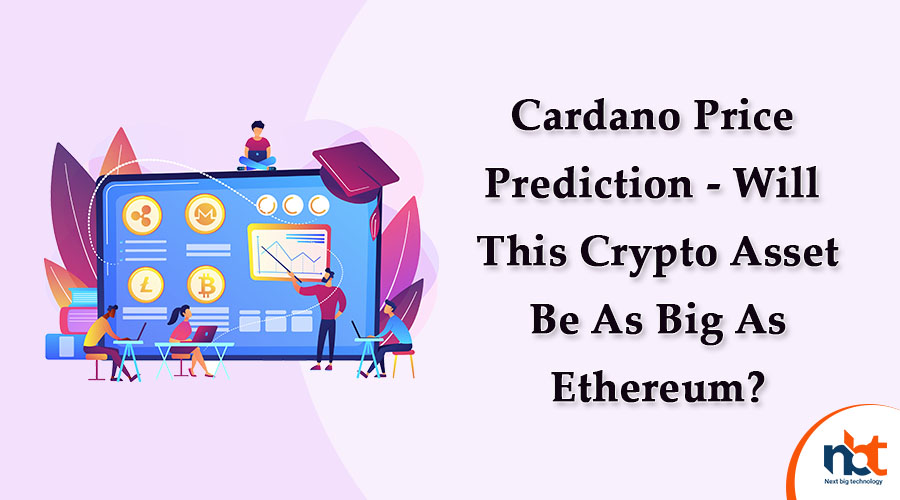 Although leading cryptocurrencies had some price volatility in 2021, many of the most popular crypto coins have recently experienced considerable bullish momentum. Cardano is currently the talk of the town, with its ADA coin emerging as one of the best-performing crypto assets, thanks to a market surge, as well as anticipated listings on other exchanges and big feature rollouts.

Cardano rose from obscurity to become the world’s tenth-largest cryptocurrency by market capitalization in just four years after its debut by Charles Hoskinson in 2017.

Cardano is currently trading at $2.2 at the time of writing this post, but the price is subject to change. However, despite the fact that it cannot compete with Bitcoin’s stratospheric heights, which are currently sitting about $53,929 (with predictions that this will change within a few years), this price is still increasing at an incredible rate. Indeed, this growth has benefited ADA in regaining prominence, with Cardano now ranking as the third-largest cryptocurrency by market capitalization. The Cardano platform, which reached an all-time high of $98.91 billion, fell short of its triple-digit growth targets.

Cardano, which has exceeded competitors such as Litecoin and Ripple XRP in terms of market capitalization, is currently considered to be one of the most promising cryptocurrency platforms. The question is, though, how much will Cardano be worth in 2021 and beyond? Is it a good idea to put money into Cardano? Finally, is Cardano something you’d be interested in including in your investment portfolio? Take a look at what Cardano and ADA are all about before we get into the price prediction for the ADA Cardano cryptocurrency.

What exactly is Cardano?

Developed by Ethereum co-founder Charles Hoskinson, Cardano aims to be a decentralised blockchain platform. When the platform was published in 2017, it had been in development since 2015. By reducing the demand for energy-intensive bitcoin miners, it claims to make the blockchain network more environmentally friendly and scalable.

Ethereum and Ripple, on the other hand, are Cardano’s counterparts in the Ethereum and Ripple ecosystems. Cardano is the name of the platform that runs the native cryptocurrency ADA, in layman’s terms. The Cardano Settlement Layer (CSL) and the Cardano Computational Layer (CCL) are two sections of a decentralized blockchain platform (CCL).

During the CSL era, also known as the Byron age, users will be able to send the native Cardano (ADA) token to other participants on the network. It, like other Layer-1 cryptocurrencies such as Bitcoin, allows for the immutable recording of transaction data.

Predictions for the Cardano Cryptocurrency Price

Why Is Cardano’s Cryptocurrency Price Increasing?

Altcoins (alternatives to bitcoin) have recently soared as individual investors return to cryptocurrencies. The ADA coin from Cardano has recently gained popularity among miners.

A total market capitalization of over $73.27 billion and a 24-hour trading volume of more than $2.4 billion was recorded for ADA as of October 2021. As a result, according to CoinMarketCap, Cardano is one of the top five cryptocurrencies in the world.

Part of Cardano’s recent surge is being driven by anticipation of a September upgrade that will incorporate smart contracts, which many believe will enable Cardano to better compete with the Ethereum network. Smart contracts are digital agreements written in code that may be carried out without the need for an intermediary once certain requirements are met.

The Cardano vs Ethereum argument is raging in the cryptocurrency world, as both networks have comparable features and investors believe their preferred coin is the best to buy.

Now that Cardano has hit a new all-time high, we have to wonder how well it has done. To be honest, it’s perplexing. Too far, ADA has expanded by almost 1,400 percent. As a result, it is a top performer in the crypto industry and one of the most essential cryptocurrencies to study in terms of growth.

According to Nasdaq, the cryptocurrency market had significant bullish momentum in September 2021, with Cardano jumping 126 percent, Bitcoin 52 percent, and Ethereum’s price per Ether token rising 62 percent. Because these figures will fluctuate with market conditions, now is the best moment to choose a platform.