Is Flutter Overtaking Native App Development in the Future? 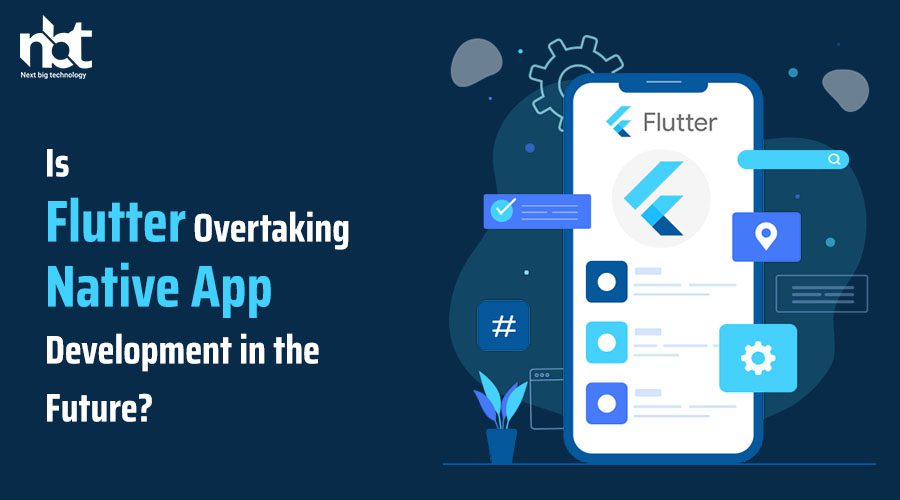 Every day, new technologies are getting better and better. Technology is needed to keep up with the latest trends and styles. In the past few years, web and app development have changed.

Let’s talk about a few of Flutter’s most essential features that have changed how native apps are made.

When an app with the same features but a different platform is needed, developers have rushed to make a new one with the same tools and resources they’ve always used. This makes the developer’s job even more complex and hurts their efficiency and productivity. The project also has technical requirements for every new building on every new platform. Even so, flutter app development has become a popular choice for businesses.

For the process to work, you must know how to code and use platform-specific tools. However, developers don’t insist on starting from scratch when making an app for a new platform. Because of this, developers may be able to make better use of their time, which makes it a great choice.

The User Interface is made up of:

The Flutter system sped up the design process by turning standard logic on its head. Its widgets are set up to work with high-end UI support, and it offers many services with a wide range of sophisticated UI elements, making it easier to design a custom user interface. Developers of Flutter apps who work on the same project are experts at making user interfaces that are sensitive to their needs.

Google plans for Android and Flutter to have their extra framework. For example, Flutter uses the programming language Dart while developing Native Android apps using kaolin or java. 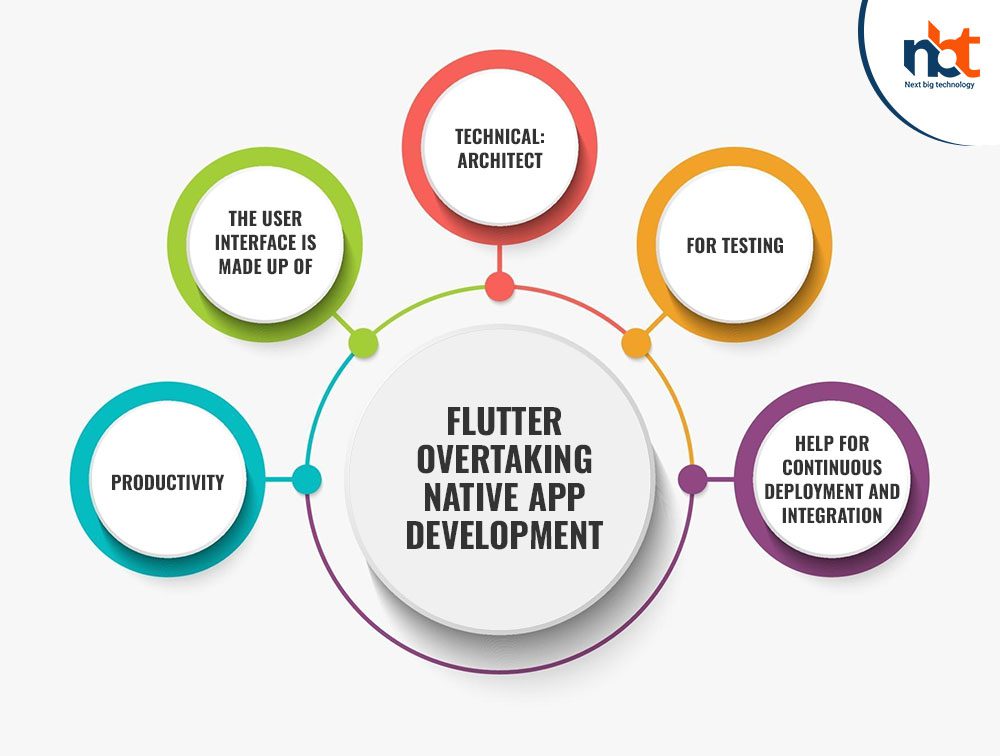 Android is the market leader, so it gives developers a lot of ways to test their native apps. But Flutter has a robust testing infrastructure that allows developers to test the app at different stages. It also has a feature that lets you test widgets simultaneously. This lets you see how well your widget-based user interface holds up under stress. The tests are run separately to be used on real devices in real time.

Help for continuous deployment and integration

Building and releasing native apps is hard without an integrated development environment (IDE). Android Studio gives you all the tools you need to get better at testing and automation.

On the other hand, you can use other CI/CD servers like Jenkins and Team City because Google’s own CI/CD infrastructure doesn’t support Android. So instead, Flutter is in charge because Code magic is there to help.

The latter is what allows CI/CD systems to work reliably. Flutter apps can be automatically sorted, tested, built, and packaged without being set up. With the help of Code Magic, making, testing, and putting an app on the Play Store is much easier.

Could Flutter replace Native App Creation in the long run?

Because Flutter is new and different, developers have not yet learned to depend on it. It’s not a household name yet, but it’s quickly becoming known as a critical part of how apps are changing.

Things look good for the future.

Also read : Everything You Need to Know About How Flutter Is Reducing Mobile App Development Cost

Arguments tend to get heated and spread when there is a lot of movement in the room. Several studies, publications, and talks have added fuel to the fire. These problems are common among businesses that use Flutter, and most businesses are talking about them. But everyone really wants to know how Google plans to combine its two platforms—its native app development framework and its cross-platform app development framework—into its overall strategy.

The fight between native apps and apps that work on more than one platform will continue for a long time. Tomorrow’s apps will need to work on multiple platforms, but they will still need the power and support of native apps. So, it’s clear that these two are in a terrible fight.

Thanks for reading our post “Is Flutter Overtaking Native App Development in the Future?”, please connect with us for any further inquiry. We are Next Big Technology, a leading web & Mobile Application Development Company. We build high-quality applications to full fill all your business needs.