Python Vs. PHP: Key Difference Between Them 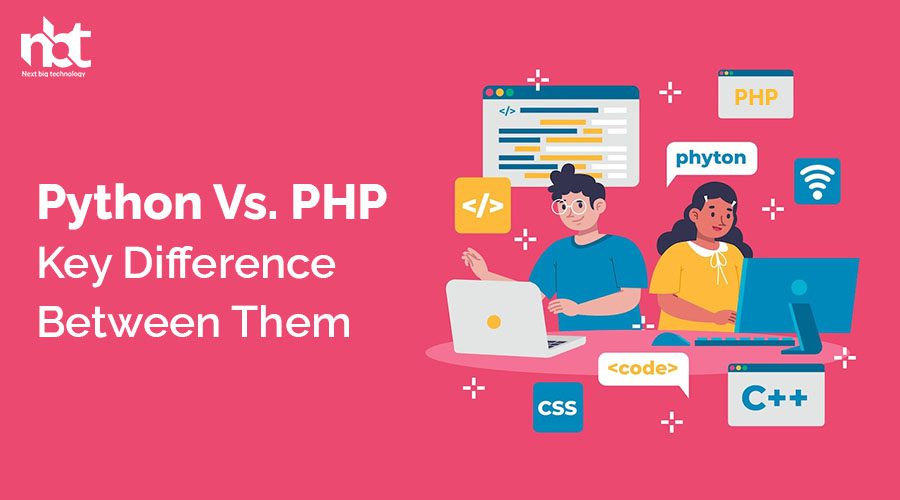 Choosing the right programming language is one of the most important parts of any development project. Python and PHP are the web development tools that most companies use these days.

It’s hard to choose between these two options. However, Python’s popularity has grown significantly in the past few years, and more and more web developers are using it along with PHP.

But should you make your web app with Python or PHP? In this article, we’ll discuss the basics of both languages and then compare and contrast them. Now that we’ve said that, let’s get started!

What is Python to start?

Python is an open-source programming language that tries to use OOP ideas. Guido Van Rossum made this language as far back as 1991. Because of its high level and simple grammar, it is one of the most widely used languages today.

In the Stack Overflow Survey 2021, Python was one of the most popular and sought-after languages. Python is a popular programming language often used to make business apps. In addition, since it is a scripting language that runs in the browser, it can be used to make web apps.

Also read : Python vs PHP in current era Difference You Should Know

Can you tell me what PHP stands for?

PHP, which stands for “Hypertext Preprocessor,” is a useful tool for people who make websites. It is a free, open-source server scripting language used to make dynamic, interactive web content. PHP is the most popular programming language because it has a large community of users and a wide range of useful plugins, frameworks, and extensions.

Rasmus Lerdorf made PHP in 1995. It stands for “Personal Home Page.” Soon after that, it was renamed PHP-Hypertext Pre-processor. PHP is great for building the back end of web programs, and almost all web browsers can use it.

Virtually all websites run on PHP. In addition to handling dynamic content in HTML, the language can also handle session tracking and databases.

How are PHP and Python different from each other?

Find out about the strengths and weaknesses of each language with this thorough introduction. Here, we compare PHP and Python, keeping a few things in mind. 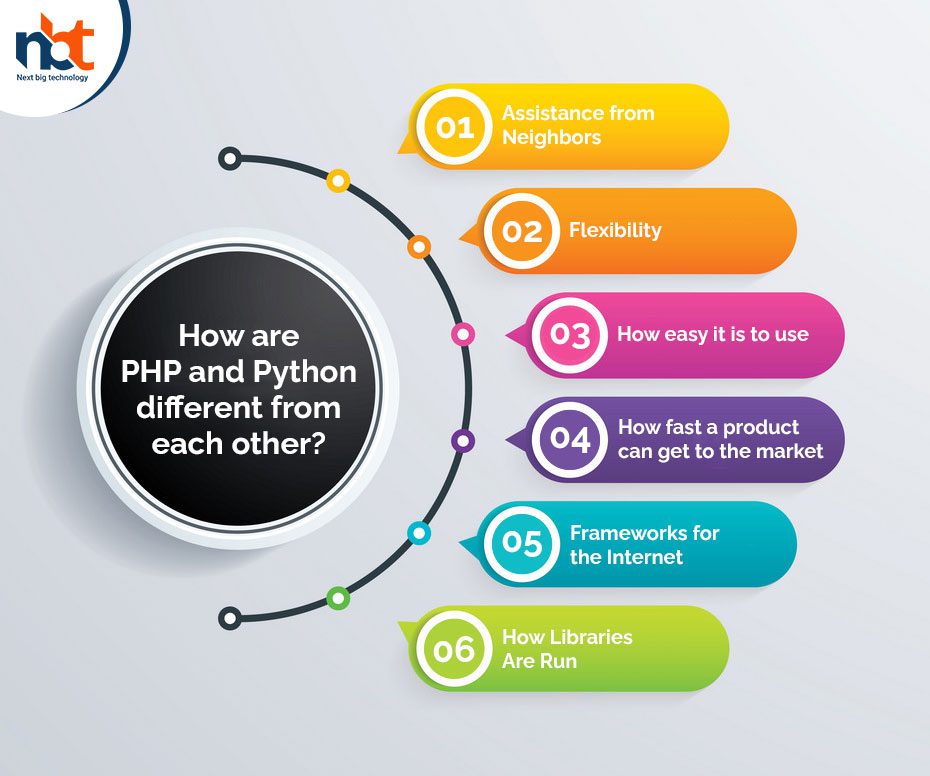 The PHP and Python communities offer the best support. Because PHP is so popular as a platform for building web apps, many experts are ready to help if something goes wrong.

In this way, PHP and Python are a lot alike. But on the other hand, Python has a lot of community support because so many Python developers are always making new applications. Because of this, there is no clear winner.

Right now, there is a lot of demand for web apps that use machine learning. Therefore, Python’s ML features are also a big plus. Because of this, Python has great packages for machine learning, such as Pandas, Tensorflow, Theano, and Scikit-learn. These libraries are fast, strong, and unique, and they work well with every web framework.

Keep in mind that PHP is important in many situations, but Python is useful for much more than just building websites. So, in this case, Python is better than PHP.

PHP is different from other programming languages because it can only be used to make dynamic HTML pages. As a result, it makes PHP less effective compared to Python. So, in terms of usability, Python is better than PHP.

4. How fast a product can get to the market

Python has a large ecosystem of third-party libraries, packages, and modules, making it much easier to make things quickly. For example, Django is one of the best-known Python web frameworks. It uses the MVC pattern to speed up the app development process by ensuring that roles are clearly defined and that code can be used more than once.

Frameworks and libraries are among the tools that PHP has. For example, the most popular PHP framework, Laravel, is based on the MVC architecture and comes with many useful tools for web development, such as templating, routing, authentication, and so on.

Also read : The Future According to Python vs Php Programming

5. Frameworks for the Internet

Both PHP and Python do a great job when it comes to building web frameworks. Many large businesses use web frameworks made with PHP. Symfony and Laravel are good examples of mature frameworks because they have many users and a lot of help from the community. Because of this, PHP makes it easier for people to make websites.

Python also has a large number of excellent frameworks. Flask and Django are the most well-known Python web frameworks. These are strong, fast, easy to use, and safe. Developers often choose Django over PHP-based frameworks because they are easy to set up and take less time to build.

6. How Libraries Are Run

The system for managing packages in Python is called Pip. Pip ensures that making Python apps is fast, easy, and meets all requirements.

PHP’s library management is not as good as Python’s. On the other hand, Python has a bigger library of packages and useful tools, making web applications easier. As a result, Python is a clear winner in this competition.

PHP and Python are powerful tools for building websites, but there are some things that Python does better than PHP. However, this doesn’t mean you have to give up on PHP in favor of Python. On the contrary, PHP and Python are both good languages for making web applications.

Thanks for reading our post “Python Vs. PHP: Key Difference Between Them”, please connect with us for any further inquiry. We are Next Big Technology, a leading web & Mobile Application Development Company. We build high-quality applications to full fill all your business needs.