Shopify vs. PayPal: a comparison 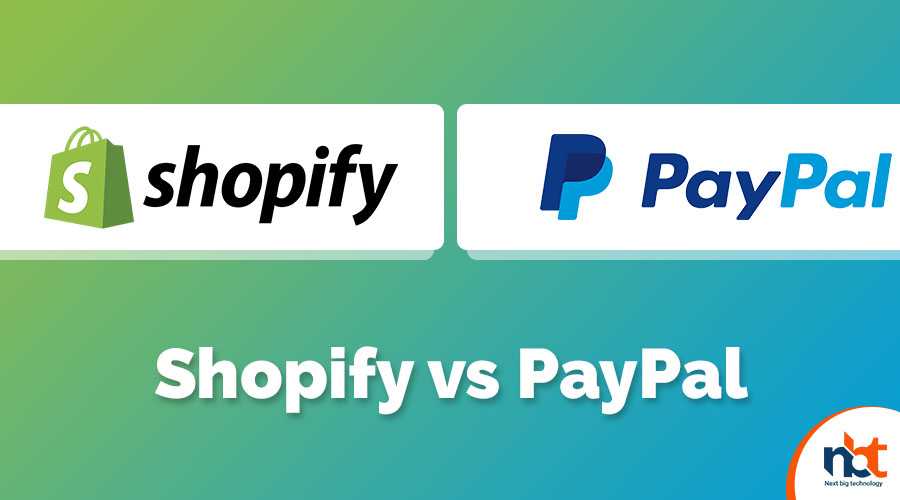 In the beleaguered e-commerce business, Shopify and PayPal are thriving. Both of these businesses operate under quite distinct business structures.

Do you want to discover which choice is better for your internet business? Check out the Shopify vs PayPal comparison to learn more about the two companies and their differences, so you can make an informed decision.

Features & Advantages of Shopify vs. PayPal

It’s a popular cloud-based e-commerce platform that makes it simple for anybody to set up an online business. Shopify is currently used by over 800,000 merchants to help them expand their online companies. Every year, their sales climbed by 50%, reaching $320.5 million in the most recent quarter.

Shopify has become successful as a result of its constant search for new ways to expand its business. It began as a solution for small businesses and has lately expanded to include Shopify Plus, a premium service for large businesses.

Shopify Plus provides 26% of the company’s monthly recurring income as well as chances to help large businesses that deal with direct online sales. They just launched a fulfillment service to compete with Amazon’s similar service. The service broadens Shopify’s appeal among businesses who seek less expensive and speedier shipping options.

Shopify is continuously increasing and garnering investors’ interest as it focuses on stable growth and makes attempts to expand operations into other categories.

PayPal is a well-known digital transaction corporation that offers a variety of applications and services that make it simple for customers to make purchases online. In the most recent quarter, PayPal’s revenue climbed by 12% year over year.

There were 9.3 million new active accounts in total. Non-GAAP profits increased by 37%. PayPal’s dominance in the digital payment sector is unlikely to fade anytime soon, with over 277 million active accounts.

PayPal is more than just an online payment system. They’re also branching out into current digital payment industries, such as through the Venmo app. Users may quickly send money to one other using this app for everything from splitting a restaurant bill to paying a servant.

Venmo’s reach is being extended beyond peer-to-peer by allowing businesses to accept it for mobile payments in their online storefronts. There are more than 50 million active users on Venmo at any given time. In the most recent quarter, they handled $21 billion in total payment volume, resulting in a 73 percent rise in annual revenues.

Their success in the digital payments business and aspirations to expand into peer-to-peer payments are admirable. PayPal continues to gain as the e-commerce business expands.

Which is Better for Your Ecommerce Platform: Shopify or PayPal?

Investing in both Shopify and PayPal might prove to be a wise decision. Although Shopify has long been popular, PayPal is currently in a superior financial position.

PayPal has a constant free cash flow of almost $6 billion over the last 12 months, whereas Shopify is well behind. The former has an 8.6 price-to-sales ratio, while the latter has around 31. So, if you want to save money, PayPal is the way to go.

PayPal might be a rewarding long-term e-commerce payment for investors due to its outstanding financial indicators, development, and expansion into new areas, and the top position in the digital payment sector.

PayPal appears to be an excellent long-term e-commerce payment investment for investors, given its strong financial metrics, expansion into new areas, and leadership position in the digital payment field.