How to Get Your App Listed in the Shopify App Store 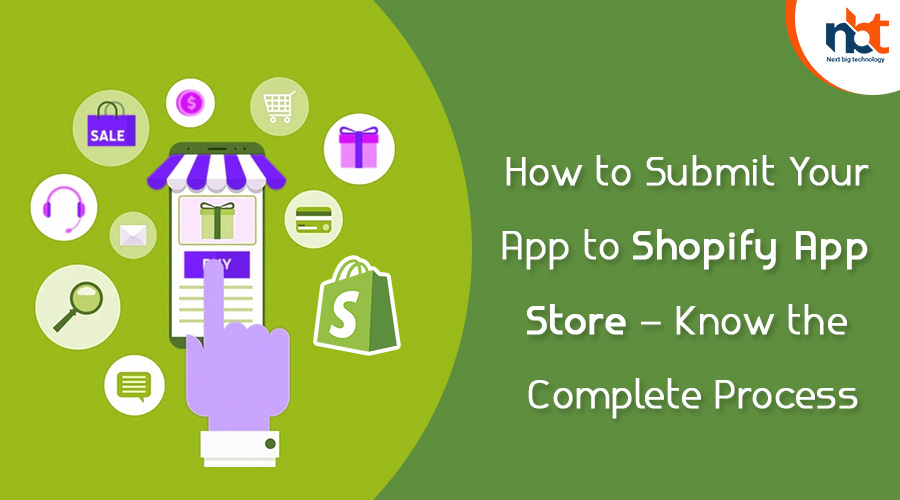 For developers and tech entrepreneurs alike, the Shopify app store is a fantastic outlet for showcasing their programs, which may significantly improve the value of a Shopify store’s inventory. If you have a concept that can be implemented to improve the features and functioning of many Shopify stores, you may have a skilled Shopify developer create an app to implement it. After completing the development process, the only thing left to do is submit it to the Shopify app for assessment and eventual publication. However, this is not a walk in the park for everyone. Before submitting the application, you must be aware of the proper procedures. In this post, you will learn about the processes that must be taken in order to submit your app to the Shopify Application Store.

As a developer, it is understandable that you would want online merchants and developers to be able to purchase your app from the Shopify app store after investing a significant amount of time and effort into developing it. The following article is essential reading for every prospective Shopify developer or eCommerce store enthusiast.

Why Should You Use the Shopify App Store? What Is It About Shopify That Is So Special?

Creating Shopify applications has grown into a thriving industry in its own right. Shopify is one of the most widely used e-commerce store creation platforms in the world today, and it is available in over 100 countries. The Shopify app store has more than 4,000 applications available for download. These applications assist online firms in operating efficiently and without hindrances. With such a large number of apps available on the store, merchants and developers have a plethora of options to choose from. As a result, it is critical that you effectively market your Shopify app on the app store in order for it to appear in the appropriate section of the app store.

As a Shopify developer, you need to be aware of this.

As a Shopify developer, there are a few things that you should be aware of before learning anything else about the platform. To begin, Shopify apps are web-based programs that extend the functionality of a Shopify store by adding new features. A limited number of features and functionalities are included with the Shopify web development platform, and these cannot be expanded by just adding a few lines of code to the codebase. You must decide what type of app you will develop based on the goal of your app and how you intend to sell it on the app store.

Apps can be classified into three categories:

a. Applications that are made available to the public

c. Apps that are only available to you

Shopify development businesses create private apps for merchants who have particular requirements that cannot be addressed by the standard Shopify applications. The following characteristics are included:

The Requirements for Submitting a Shopify Application

Don’t expect Shopify to greet your development with a friendly gesture just because you’re developing. There is a requirement that must be met by all public applications. Regardless of your marketing plan, if your app fails to get through these checkpoints, you will have to re-design the entire thing from the ground up.

1. App Configurations That Are Prohibited or Restricted

You must be able to direct internet retailers to your Shopify application. The listing must include information about the app’s features, user interface, and functionality. Certain considerations must be taken into consideration when promoting your app – for example,

If you are developing a multi-lingual application, you can make it available in various languages in order to reach a larger number of people. You have the option of either adding or removing the translated app for any supported

languages from the Shopify application store. You must do the following in order to translate your application:

Information Regarding Your Application

It is critical that you communicate the appropriate information to your target audience. You won’t be able to develop a Shopify app marketing strategy unless you pay close attention to the details about your app.

The App’s name and tagline are as follows:

The tagline should be brief and direct. Make an effort to come up with a name for the app that accurately describes its features. It would be considered an add-on to the overall marketing plan.

The App’s icon is seen below.

Create an app icon that is eye-catching, minimalistic, and easy to recall. Listed below are a few options to get you started:

Keywords to Look For

If your Shopify application is focused on abandoned carts, how would online retailers learn about your app? Of course, you may find it by searching for the “abandoned carts app.” This is a search query that has been submitted. Shopify only allows for a total of five search phrases. You must therefore take these five search words extremely seriously if you want your app to be discovered as quickly as possible. Listed below are a few options to get you started:

Specifications of the application

Following the entry of the app’s basic information, you must provide it with some extra information. Even while not everything in this part is required, if you want to successfully advertise your app, you must go the extra mile, which can make all the difference.

For every thousand words, there are millions of video words. Create an enticing promotional film for your app that can demonstrate the capabilities and functionalities of your app to potential customers. Demonstrate how your app can help them improve their existing Shopify store. Listed below are a few options to get you started:

The Most Important Advantages

With one graphic, you can highlight three of the most important features of your Shopify app.

Banner for the Featured App

In order to have your app featured on the Shopify store, you must upload an image that effectively showcases your app. Listed below are a few options to get you started:

URL for a demonstration

Distribute a link to the sample store so that merchants can see a live demonstration of the application. If your app requires a more in-depth sneak-peek, you can include a link to a demonstration video.

Make sure to select the billion option in the pricing information area. As far as billing options are concerned, you can choose between free installation, periodic adjustments, and one-time fees.

Information about how to get in touch

The online retailers will be aware of your apps and will be able to contact you if they have any questions.

If you are supplying a translated listing, you must also provide phone and email support in the language of the listing. Some items that you consistently say are as follows:

There are some prerequisites that must be met in order to ensure that your app’s Shopify merchants receive appropriate guidance.

Make certain that the requests are for permissions that are required for the capability to function. It has something to do with the privacy of Shopify merchants and their concerns. If you want to successfully advertise your Shopify app, you need to be direct and liberal in your approach.

There are three prerequisites for optimal functionality: a user-friendly interface, fast performance, and billing. As a Shopify developer, the user interface (UI) must have the following elements: buttons, controls, setup, and onboarding instructions.

Before constructing the Shopify app, make certain that it is safe and secure for merchants to utilize. Listed below are a few options to get you started:

When it comes to protecting the privacy and data of your users, there are specific legal standards that your app must adhere to. Following the submission of the app, you must assist the merchants who have agreed to support it. Several suggestions to bear in mind include the following:

Requirements that are specific

Everything listed above is required, and every Shopify app must pass through all of the preceding stages in order to be approved. Shopify developers, on the other hand, have some additional requirements that you must meet in order to be considered successful:

The Best Way To Promote Your App On Shopify

The Shopify store offers a plethora of opportunities for you to sell your application. Even though many developers expect this to serve as a “growth hack,” it is not a definitive solution. The functionality of the app, as well as the identity of your target merchants and the nature of your short- and long-term product roadmap, are all critical to its success. You cannot use a single strategy to market your Shopify app in its entirety. Here are a few examples:

You may design search advertising so that the seller can simply find your program on the App store’s website and download it. The advertising is not significantly different from those displayed by Google Ads, however, you must adhere to the Shopify partner terms of service. You would be able to market your app on the Shopify store after carefully reviewing all of the terms and conditions. Because the keywords will be used in search queries, a thorough study should be conducted on them. Concentrate on keywords that are relevant to the businesses and can be found through searches.

2. Keep track of the traffic to your listing.

If your app begins to be discovered by sellers after the first stage, you must keep track of how sellers are discovering your app. You may track the traffic to your listing using Google Analytics or the Facebook pixel. Many developers do not pay attention to the source of their traffic. The following are the actions to take in order to set up Google Analytics:

URL Parameters are a collection of information about a website’s URL.

When a retailer checks your app’s availability on the store, Shopify transmits certain URL parameters to the retailer. Including these URL parameters in your marketing strategy will help you to segment your traffic and identify which media is bringing in the most customers. This will allow you to focus your efforts on the promotions that are bringing in the most customers.

Product reviews can help to boost the legitimacy of a product. In the same way that an article ranks highly in search engine results because of its substance, an app will rank highly in search engine results when a merchant leaves a review on the app. However, not every retailer will leave a review once they have used the application. You’ll have to keep following up with them until they’re willing to give you a review. However, avoid being aggressive in your approach because this can have a negative impact.

Obtaining positive app reviews is one of the most effective ways to sell your product, but a press release can also help to get your product noticed. Contact [email protected] for further information. The release will be reviewed by the team, and they will respond as soon as possible.

Many Shopify app developers limit themselves to running advertisements within the Shopify ecosystem. However, in order to gain a larger audience, you may need to promote your app on Google and Facebook platforms. Shopify has a large following on Facebook, which has a large number of followers. They are not only interested in following, but also in participating with a lot of enthusiasm.

The purpose of this post is to walk you through the process of submitting and marketing your Shopify application. You can finally obtain the recognition you’ve always wanted for your design and coding skills. As the leading Shopify development company in India, we have extensive experience designing custom Shopify applications as well as publishing and marketing them on the Shopify platform. Rather than relying on hunches, it is always better to plan ahead of time. In addition, we assist you in improving your strategic planning.